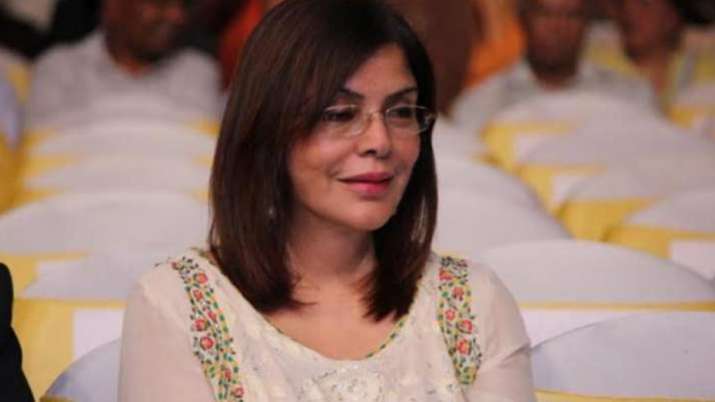 Veteran actor Zeenat Aman believes her journey in Indian cinema was defined by characters with grey shades that ultimately led filmmakers to write interesting roles especially for her. Looking back at her journey in the film industry, the Bollywood star, who ruled the 70s and 80s with hits such as “Satyam Shivam Sundaram”, “Hare Rama Hare Krishna”, “Qurbaani”, “Dhund”, “Don”, “Manoranjan” and “Yaadon Ki Baarat”, on Tuesday said people accepted her in unconventional characters.

“I was accepted by the audiences at that time in characters which had grey shades, whether it was a drug addict, or someone who died of an overdose… There was an audience acceptance. Subsequently, writers wrote parts for me where it was a good bad girl, good girl and other kinds of roles that did well,” the actor said at an interactive session organised by FICCI Ladies Organisation (FLO) here.

Titled ‘Stories that matter with Zeenat Aman’, the session also included FICCI Flo president Jayanti Dalmia and Vinita Bimbhet. Aman, considered one of the most glamorous stars of her era along with the late Parveen Babi, recalled how her journey started with a minor role in the 1971 movie “Hulchul”.

“My journey in Indian cinema started when I was a teenager and I stopped working when I became a mother. Along the way, there were many milestones.

“I had the good fortune of working with a lot of actor-directors like Dev Anand, Raj Kapoor, Shammi Kapoor, Manoj Kumar, Amjad Khan, Feroz Khan and Sanjay Khan. All these filmmakers were actors themselves. So they brought that extra bit of creativity to the table,” she added.

The actor said she never bothered about the male lead opposite her in a film but was always mindful of the director she was collaborating with.

“It didn’t matter to me who my leading man was. What always mattered to me was who my director and writer were… I could do scenes with anybody but I needed a good director behind the camera and a writer,” she said.

Aman revealed that the toughest films of her career were “Hare Rama Hare Krishna” and “Satyam Shivam Sundaram”.

Talking about how she bagged Dev Anand’s 1971 feature “Hare Rama Hare Krishna”, Aman said it was OP Ralhan, the director of “Hulchul”, who introduced her to the Bollywood star.

“The film’s director OP Ralhan knew that Dev Anand was looking for an actress for the film. A lot of the actresses had turned down the role because they wanted to play the romantic lead. So Mr OP Ralhan set up a meeting where Mr Dev Anand met me and I was in my room.

“Truth be told, at that time we were planning to leave the country and move away. So I think he was just impressed with the attitude and the persona that I had at the time. I was smoking a pipe, wearing a skirt, and he thought to himself that I would be perfect for the role.”

The film had catapulted Aman to instant fame and stardom following her portrayal of a westernised and emotionally disturbed junkie named Janice. She won the Filmfare award for Best Supporting Actress Award for the role. The actor said the film industry has undergone some positive changes over the years as there is pay parity among the male and female stars.

“(During my time), it was wishful thinking, to hope for any semblance of equality. There was none at all. But I think things are much better now. I think our girls are doing wonderful projects. They’re doing women oriented films and they are asking for fair pay.”

Aman, who last featured in filmmaker Ashutosh Gowarikar’s period drama “Panipat” in 2019, revealed that she will soon be making her OTT debut.

“I have just completed two web series… I enjoy my work but in short quantity,” she said, adding that she recently featured in a play called “Dearest Bapu, Love Kasturba”.

The actor said she has certain plans for the future as she wants to pursue things that she has not been able to do in her career.

“As one approaches the olden years of one’s life, I think there’s a lot of reflection that goes on. The journeys that we have, we are all heroines of our own stories, every one of us.

Aman said she has intentionally decided to stay away from social media unlike some of her contemporaries.

“I have intentionally stayed away from social media. It’s been an informed decision. But I had my fair share of trolling with all these magazines in my time. Every month there would be something really weird to deal with.

“I think one should not really take it seriously because it has nothing to do with the reality of who you are or what you are in real life. It’s just something that exists on the side and let it be,” she added.

The post Zeenat Aman says she was accepted in characters with grey shades appeared first on filmyzoo.