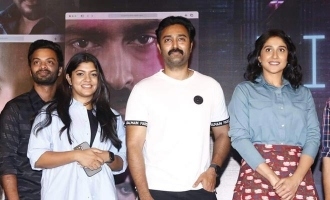 ZEE5 has consistently enthralled the audiences with a streak of promising series like Vilangu, Anantham, Karmegam, and many more. Now the reputed OTT platform has announced the second season of its magnum opus Original series ‘Fingertip’.

Siju Prabhakaran, ZEE5 Cluster Head, said, “The story revolves around the incidents involving the hazardous outcome of using social media. This is a story that is about the issues that are happening constantly in today’s society. All the characters have delivered spellbinding performances, especially Kanna Ravi has given a tremendous performance. We are eagerly waiting to watch the response for this series. We are happy with the way this series has shaped out. We request everyone to watch this series and support it. ”

Director Shivakar Srinivasan said, “We have completed this series amidst the pandemic crisis. The actors and technicians are the major pillars in making this happen. All the actors in this series have inhaled the soul and essence of their respective characters, and have delivered colossal performances. Both the producers Arun and George Nambi wanted this story to reach the audience as awareness, and henceforth, they came forward to produce it. The suggestions and valuable opinions from ZEE5 shaped this series to a greater magnitude. Rohit is the reason behind the characterizations’ dialogues and scenes getting a perfect output. This is a series with a technology-based-thriller premise. Our day-to-day involvement with these technological factors has been depicted in the series. I believe this series will be liked and appreciated by everyone. ”

Actor Prasanna said, “The Fingertip Season one was so intense and made in such a way that it impressed audiences from walks of life. When the director narrated the script to me, I felt it was a good chance to prove my potential as there was more scope for my characterization. Currently, we are in such a situation that we cannot live without mobile phones and other technological gadgets. This series delves into the real factors of how strongly technology has kept all of us under its control. This series will throw light on the many unknown facts about the technology and its negative impact of it. I am excited about the release of this series. I am sure that everyone will love and appreciate this series. ”

Actress Regina Cassandra said, “This series will be more like real-life situations that we experience in our day-to-day lives. It’s more like seeing the realistic factors from everyone’s perspective. I have performed the role of an actress, and the series delves deep into the problems faced by the respective character. I am sharing screen with Prasanna after 15 years .. I thank ZEE5 for making such unique content-driven stories with an engrossing package. ” 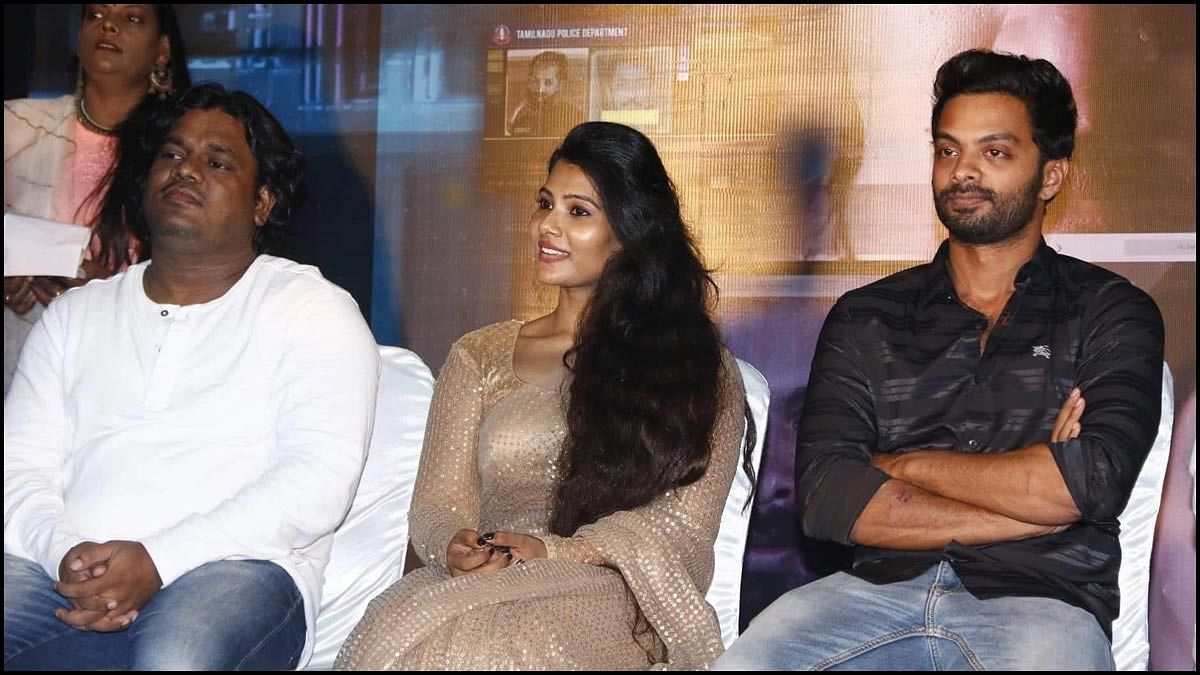 Actress Aparna Balamurali said, “I was elated when I got an opportunity to be a part of Fingertip season 2. One needs to possess a lot of courage and boldness to make a series like this. This series will be a reflection of watching real-life incidents on the screens. This is the first time, I am a part of a web series. The director has presented this story perfectly as he narrated. This series will be something that everyone can closely relate to. I request everyone to watch this series and support it. ”

Music director Dheena Dhayalan said, “It’s a great delight to be composing music for this series. I thank producers Arun, George, and director Shivakar for making me a part of this series. Everyone in this series has given their best involvement and dedication. I request everyone to watch this series and extend your support. ”

Screenplay writer Rohit said, “I loved the first season of Fingertip, and I am exhilarated that I have got an opportunity to write the screenplay for the second season as well. Every crewmember has extended a complete support in shaping this series excellently. I request everyone to watch this series and extend your support. ” 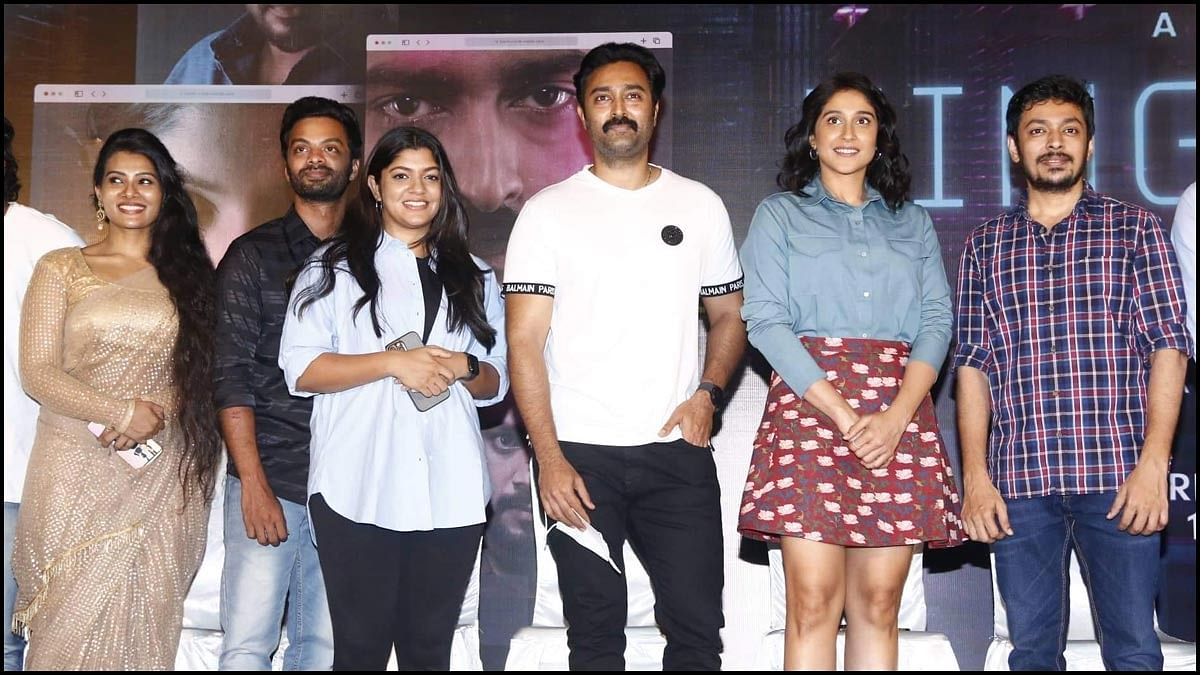 Actor Vinod Kishan said, “It’s been a great pleasure working with director Shivakar. My character in this series will be someone that many would have encountered in their real lives. Undoubtedly, many sequences in this series will be reflected by audiences, as there would be moments experienced by them in their real lives. I request everyone to support me. ”

Actor Kanna Ravi said, “I thank the director for trusting me. The character that the director has given me in this series is very close to my heart. I wanted to share the screen with all the artists in this series, and I am glad that it happened. Without the complete involvement of the crew, this series would not have gotten completed. I thank the audiences in advance for their great support for this series. ” 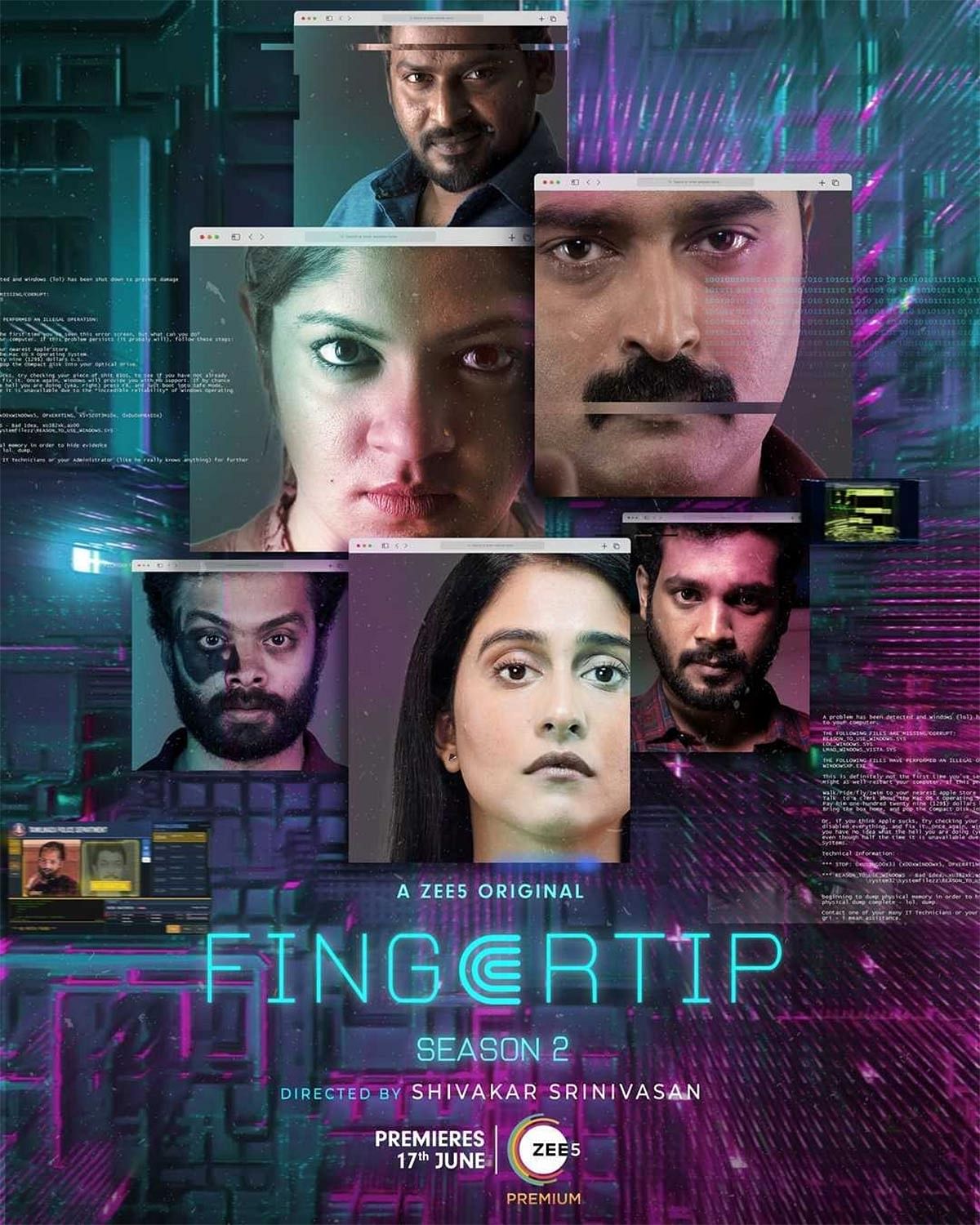 Actress Divya Duraisamy said, “I am glad that I am a part of this series. It was a great experience to work with an amazing director Shivakar. ZEE5 has been consistently churning out interesting and gripping series. Fingertip season 2 will be the latest one to join this league. I request everyone to watch it and share your support. ”

The series is produced by Arun and George Nambi and is directed by Shivakar. The series features Prasanna, Regina Cassandra and Aparna Balamurali in the lead roles with Vinoth Kishan, Kanna Ravi, Sharath Ravi, and many more prominent actors as a part of star cast. With ‘Fingertip’ Season 2 premiering on June 17, 2022, the cast and crew members of this series interacted with the press and media fraternity.