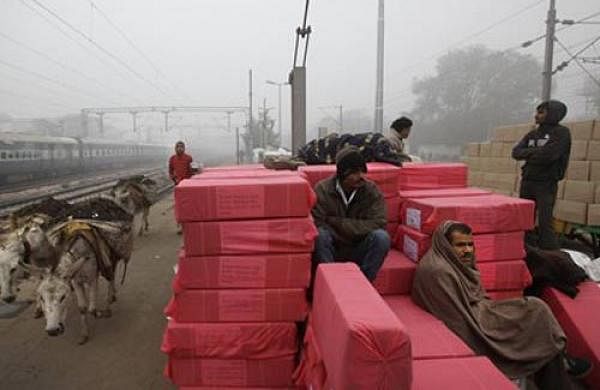 QUEENSLAND: The world’s donkeys are in trouble, and many domestic breeds and wild species are headed for extinction.

Seven of the 28 European domestic breeds are critically endangered and 20 are endangered. Populations of wild donkey species are also dwindling. There are several reasons for this. People are using and breeding them less, and their grazing land has declined.

Donkeys are also slaughtered for “ejiao,” a key ingredient in traditional Chinese food and remedies produced from the collagen in a donkey’s skin. There’s an urgent need to improve donkey conservation programs to increase the animal’s numbers and distribution and to broaden the genetic pool.

Against this backdrop, Andres Gambini, Senior Lecturer, School of Agriculture and Food Science, The University of Queensland and his colleagues have developed a scientific breakthrough that may contribute to saving the donkeys.

“We have created the world’s first successful donkey embryo using in-vitro fertilisation (IVF). The embryo, from an endangered European breed, is frozen in liquid nitrogen. We’re now searching for a suitable female donkey to grow the embryo into a baby. We hope to apply our findings to help conserve other endangered animals. Hopefully one day, we’ll have a genetic bank of embryos that form a “frozen zoo”– creating another weapon in our conservation arsenal, so to speak,” Andres Gambini has been quoted as saying by The Conversation.

Donkeys share the same genus with horses and zebras. They’re thought to have been domesticated about 6,000 years ago and used for transport and food redistribution. They were particularly essential in the overland trade in Africa and western Asia. Domestic donkeys are still used for transport in parts of Asia, South America and Africa. They are also kept for meat and milk production and as companion animals.

“My research team set out to produce donkey embryos in the laboratory, in the hope of helping to repopulate species. I worked with colleagues from Argentina’s National University of Río Cuarto, and Spain’s University of Córdoba and Autonomous University of Barcelona. What we did An embryo is the group of cells that form when a female egg is fertilised by male sperm,” Gambini said.

Creating a viable donkey embryo is not easy. Once an egg is fertilised in the lab, it has only a 5 percent to 10 percent chance of growing into a good embryo that can be implanted into a female. By comparison, for horses the success rate is up to 30 percent.

“We used an IVF process known as intracytoplasmic sperm injection (ICSI). It involves injecting a single sperm into the centre of an egg using very fine, specialist equipment. Importantly, we added a step to the process. Before fertilising the egg, we immersed it for two days in fluids from the female donkey’s ovary.”

“This simulates ovary conditions and gives the egg the molecules and hormones it needs to grow. After three years of work, we produced the world’s first viable donkey embryo. It is currently frozen in a lab at the University of Cordoba in Spain. Our research suggests that using ovary fluids as an egg matures in the lab supports the IVF process and could be more likely to lead to a viable embryo, the senior lecturer said.

These findings are a step forward in donkey conservation. The embryo has been produced by combining donkey semen with an egg from a different part of Spain. This aimed to avoid inbreeding problems that can occur when trying to reproduce an endangered species. We hope to create more viable embryos and find suitable female donkeys to implant before the breeding season ends next year.

So what next?
“Throughout my research career, I’ve used assisted reproductive technologies to improve the genetic progress in a range of domestic animals. In 2020, for example, I and my colleagues reported the first in vitro zebra embryos. We now have ten frozen zebra embryos in storage, including clones. We hope to build on our donkey embryo development, using IVF to improve the prospects of other endangered species,” Gambini noted.