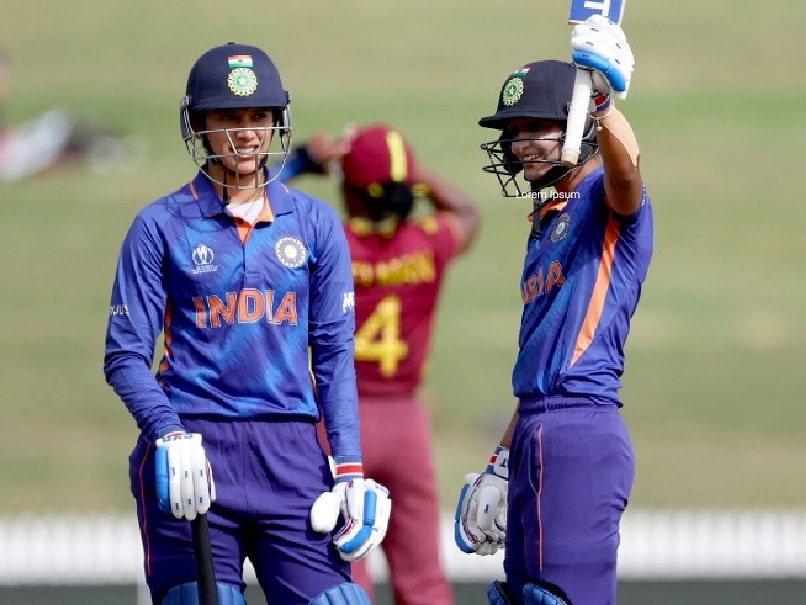 Delighted by India’s performance in the win against West Indies, vice-captain Harmanpreet Kaur said the team is looking for a repeat performance against a struggling England side in their ICC Women’s World Cup league match on Wednesday. India had dished out a splendid all-round performance against an in-form West Indies side to notch up a dominating 155-run win in their previous outing. “I think for us, (it is) very important that the way we performed in the last game we continue that, rather than thinking about what is (are) your negatives and what is (are) your positive points,” Kaur said at the pre-match media conference.

Kaur and opener Smriti Mandhana had starred with the bat, smashing twin centuries while sharing a 184-run stand against West Indies before the bowlers sealed the deal for India.

“We got a great partnership while batting and also the way we bowled in partnerships we want to continue that against England and in the upcoming matches. I think those are the areas which we look to continue.

“And apart from that, sometimes we are losing back-to-back wickets if we can work on that. Otherwise, the way we want (things to be) we are getting them,” Kaur added.

The 33-year-old, who endured a prolonged lean patch, has found her form again. She followed her 71 against New Zealand with a spectacular century (109 off 107) against West Indies.

“Big tournaments are always very important and where your role is more important. You need to take more responsibility and perform for your team.

“I always want to give my best for my team but sometimes things don’t go your way but I’ll make sure whenever we play the World Cup, I will be there always for my team and that is the reason,” she said when asked that three of her ODI hundreds have come in the World Cups and whether playing in the marquee event inspires her.

“The greatest thing was before the World Cup we got (to play) five ODIs against the New Zealand and one T20 (and) because of that we got that momentum and getting used to these conditions and that is the reason which is helping us now to perform well,” she signed off.