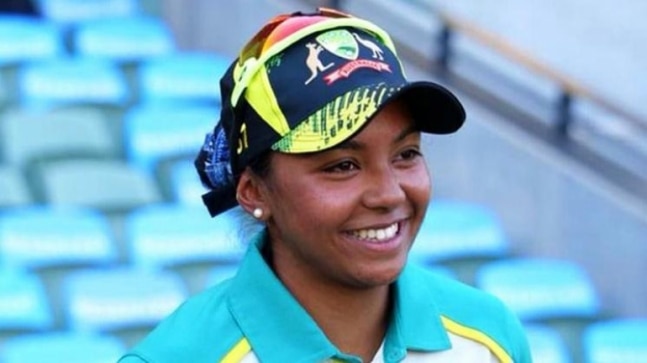 The 2022 edition of the Women’s T20 Challenge is set to get underway on Monday, May 23 at the MCA Stadium in Pune. Three teams, Trailblazers, Supernovas and Velocity, will take part in the championship.

12 foreign players will grace their presence in the four-match tournament. Among them, one cricketer has Indian roots and she will be plying her trade for the Supernovas, captained by Harmanpreet Kaur. Alana King is a name that’s relatively unknown, but she has the potential to make a name for herself.

King came to the fore after she played for the Melbourne Stars, led by Meg Lanning, in the Women’s Big Bash League (WBBL). Last year, the leg-spin bowler represented the Perth Scorchers and the previous season paved her way into the national team.

King picked up 16 wickets from 13 matches and was the joint-highest wicket-taker for her team, along with Lily Mills and Heather Graham. Back in January, the tweaker made her international debut against Heather Knight’s England Women at the Adelaide Oval.

To add to her delight, she also made it to the Women’s World Cup squad along with Jess Jonassen and Amanda-Jade Wellington. During the tournament, she got rid of England’s Tammy Beaumont with a delivery that would have made the legendary Shane Warne proud.

As far as King’s family background is concerned, her father, Leroy King, emigrated from Chennai to Melbourne back in 1984. Then, in 1989, King ventured back to Chennai where he married his wife, Sharon.

He made a reputation as a chef and wanted to establish himself in Melbourne as well, but the birth of Marc and Alana made him change his plans. Later, he became a tram driver and was able to spend more time with his children.

Alana King has had to work her way into the Australian team amidst loads of competition. Apart from Jonassen and Welling, the Aussies also have efficient spinners in the form of Molly Strano, Sophie Molineux and Georgia Wareham.

King is also set to play for Australia in the Commonwealth Games in Birmingham later this year. In the Supernovas, King will ply her trade alongside Deandra Dottin, Sophie Ecclestone and Sune Luus. At the age of 26, King has a long distance to travel.