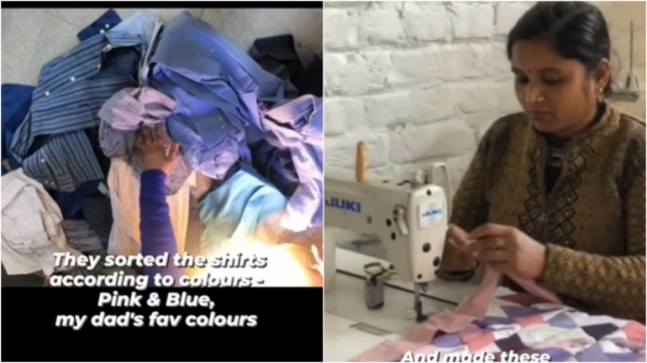 A woman got quilts made out of her late father’s old shirts and the viral video of the same will make you cry.

Woman gets a quilt made of late father’s old shirts.

The loss of a loved one affects you deeply and those who have experienced it will definitely know about it. A similar thing happened with a woman named Nikhita Kini. She lost her father, but what she did after that has not only won hearts on the internet but has also moved netizens to tears. If you want to know her touching story, read on.

Nikhita Kini shared a heart-touching video on Instagram that swiftly went viral with a million views. After losing her father, she got quilts made of his favourite shirts. She did that to always reminisce about her father in a heartwarming way. Her dad absolutely loved his clothes and Nikhita sent a bunch of her father’s shirts to a place called Purkal Stree Shakti and got two quilts made out of them.

She surprised her brother with one and kept one for herself. According to the caption of the video, the quilts arrived on March 8, 2021, which is her father’s birthday. “It took me 2 years to complete this reel. I couldn’t get myself to shoot the part where the package came to my place on dad’s birthday (coincidentally) – March 8th 2021, and I unpacked it and could feel emotions I hadn’t experienced in my whole life. @purkalstreeshakti does God’s work of giving people more than just a warm blanket. They gave me my dad’s most prized possession – his shirts, and made them into an heirloom,” she wrote in the caption.

Netizens were incredibly moved after watching the clip and shared their emotional thoughts in the comments section. Some users also shared their own stories. Even Sarah Jane Dias commented on Nikhita’s post. “This made me melt,” she wrote.

“The video, this story and the caption, all of this is just love,” a user wrote.

Another user commented, “It’s been a year and a half, but I miss my dad every day. My dad’s shirts were his prized possession and every shirt had a story to it. We have not parted with a single shirt till date. Now I know what to do with them. Thanks for sharing.” 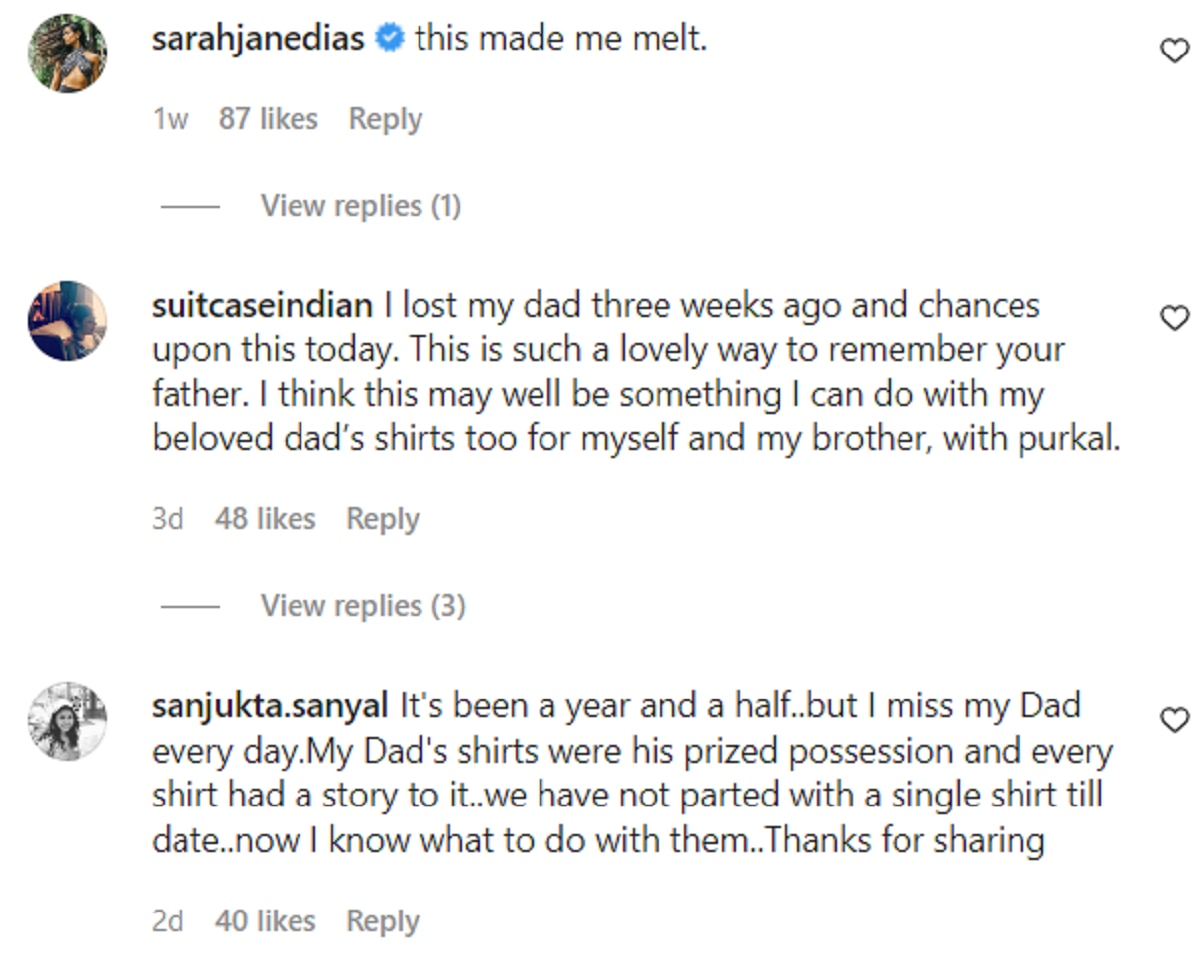 We are not crying, you are!