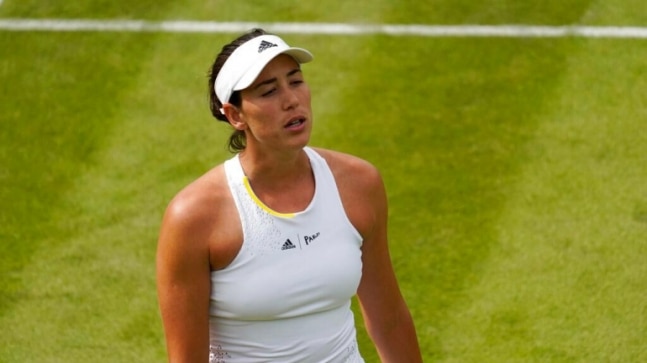 Greet Minnen registered her first career win over a top-10 player. She will face Zheng Qinwen in the second round at the Championships.

World No. 10 Garbine Muguruza reacts after crashing out of Wimbledon. (Courtesy: AP)

World No. 10 Garbine Muguruza faced a shocking first round defeat at Wimbledon, going down to World No. 88 Greet Minnen 4-6, 0-6 on Wednesday.

Minnen registered her first career win over a top-10 player. Muguruza had won the Championships in 2017.

The Belgian took the opening set before the match was briefly halted. She then needed only 18 minutes to sweep the second set against Muguruza, who made 33 unforced errors.

Minnen has moved into the second round, where she will face Chinese teenager Zheng Qinwen.

Raducanu had no answer to the superior firepower of Garcia, who is a former top-10 player. Britain’s Andy Murray, a two-time Wimbledon champion, will be in action later on Wednesday.