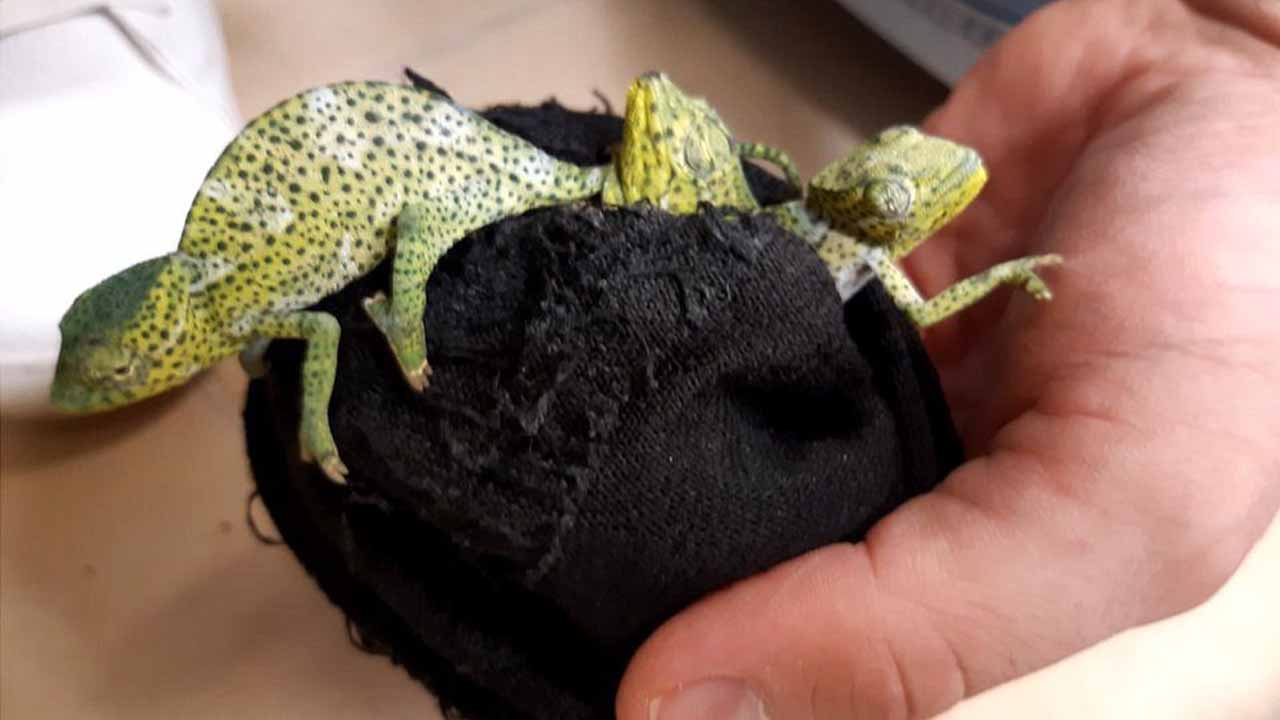 He was actually caught by the police in March. Police apprehended him as he entered the US from Mexico with about 60 animals hidden in his clothing.

Some of the animals found in Perez’s pants

Los Angeles: Around Rs. A man who tried to smuggle snakes and lizards in his pants to the US as part of a Rs 6-crore reptile business has been arrested and will be jailed for decades, police officials said on Wednesday.

The arrested man, Jose Manuel Perez, has been operating this illegal business from his home in southern California for the past 6 years. He planned to smuggle about 1,700 animals from Hong Kong and Mexico to the United States.

In a plea deal with the Justice Department, Perez admitted that he had offered mules in exchange for the illegal smuggling of the reptiles and that he had brought the goods across the border himself on other occasions.

Records show that Perez sold several animals, including a Yucatan box turtle, Mexican box turtle, baby crocodiles and a Mexican pearl lizard, to his clients across the country for more than Rs 6 crore.

He was actually caught by the police in March. Police apprehended him as he entered the US from Mexico with about 60 animals hidden in his clothing.

When he told the customs officers that he was taking his pets home, they became suspicious and searched his clothes and found around 60 different types of reptiles.

Animals such as arboreal alligator lizards and the Isthmian dwarf boas, a snake that changes color and defends itself by bleeding from its eyes when in danger, were absent from his clothing.

Three of the captured reptiles were dead.

Perez pleaded guilty to two counts of smuggling and faces a minimum of 20 years in prison for each count. He will serve a separate 5-year sentence for wildlife trafficking, with sentencing to be announced on December 1.