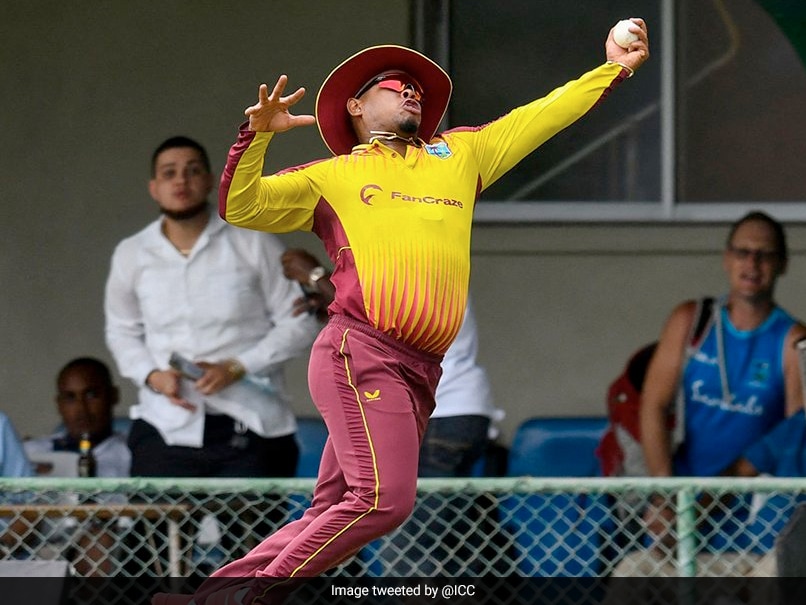 West Indies lost the first T20 International (T20I) against New Zealand on Wednesday, but their players produced some fine displays on the field. The one piece of fielding that probably stood out most was Shimron Hetmyer‘s brilliant one-handed catch in the deep that gave them the first breakthrough in the form of Martin Guptill. New Zealand, after being put in to bat by Nicholas Pooran, started well and were ticking along and building a solid opening partnership when Odean Smith sent Guptill and Devon Conway packing off successive deliveries in the 8th over.

Guptill was the first to go as he looked to cut a short and wide delivery from Smith. It looked set to be a six, but Hetmyer, running behind from point, jumped and plucked the ball out of the air with his left hand to give his team a wicket out of nowhere.

What a catch from @SHetmyer! A display of brilliant athleticism to get @Martyguptill‘s wicket.

Watch all the action from the New Zealand tour of West Indies LIVE, only on #FanCode https://t.co/6aagmd7vyt@windiescricket @BLACKCAPS#WIvNZ pic.twitter.com/oAmqHi8sy0

West Indies were not done yet, as wicketkeeper Devon Thomas showed another fine bit of fielding off the very next delivery.

Smith went short down the leg side to Conway and he gloved the ball high in the air as he looked to pull.

The tricky bit was that the ball went up towards the off-side behind Conway and Thomas was already moving to his right.

But he was able to quickly change his track and dive to his left to take a one-handed catch.

#DevonConway caught behind and what a spectacular piece of wicket keeping it was!

Watch all the action from the New Zealand tour of West Indies LIVE, only on #FanCode https://t.co/6aagmd7vyt@windiescricket @BLACKCAPS#WIvNZ pic.twitter.com/WWDC2GpuRP

New Zealand were suddenly down to 62/2, but captain Kane Williamson, playing his first T20I since the 2021 T20 World Cup final, hit 47 off 33 deliveries to keep his team going.

James Neesham also chipped in with an invaluable cameo of 33*(15) to help New Zealand finish with a total of 185/5.

Mitchell Santner then returned figures of 3/19 from his four overs to help restrict West Indies to 172/7 as the visitors sealed a 13-run victory in Kingston.