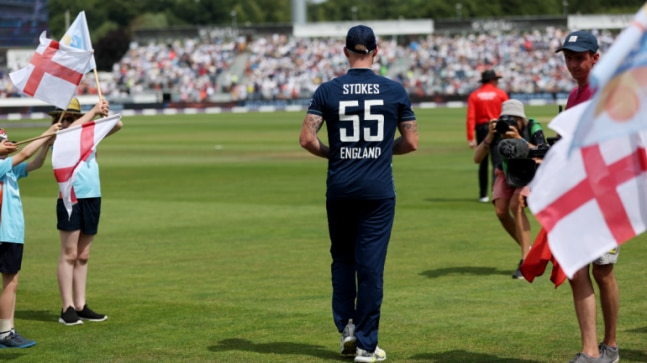 England Test captain Ben Stokes decided to retire from the ODI format after the first ODI game against South Africa. The player in a lengthy chat ahead of the match elaborated on his decision.

England all-rounder Ben Stokes chose to retire from the ODI format after playing England’s first game against South Africa in the three-match series. Stokes, who was England’s one of the most influential members of the 2019 World Cup-winning team, said that he was not able to give his 100 per cent to Jos Buttler’s team and someone else deserved to take his spot.

Asked about the same, Stokes said that cricketers were not like cars and a busy schedule takes a lot of toll on them.

“It was never going to be an easy one, but now being the captain of the Test team and how much cricket is coming up, I have to look after my body because I want to play as long as I possibly can,” Ben Stokes said about making the decision to retire from one format of the game.

“I look at how Jimmy and Broady’s careers have gone since they stopped playing white-ball cricket… I want to play 140, 150 Test matches for England. It’s come earlier than I would have liked but in T20 cricket I bowl 2 or 3 overs here and there. Hopefully when I’m 35, 36 I can look back on this decision and say I’m happy with it,” he added about extending his Test career, a format that he started very well as a captain.

“You always want to be contributing to your team and need to be on it, 100% of the time. We’re not cars where you can fill us up with petrol. It does all add up, it does have an effect on you. The schedule is jam-packed and you’re asking a lot of the players to keep putting in 100% of their efforts every time you walk onto the field for your country,” he concluded about his decision.