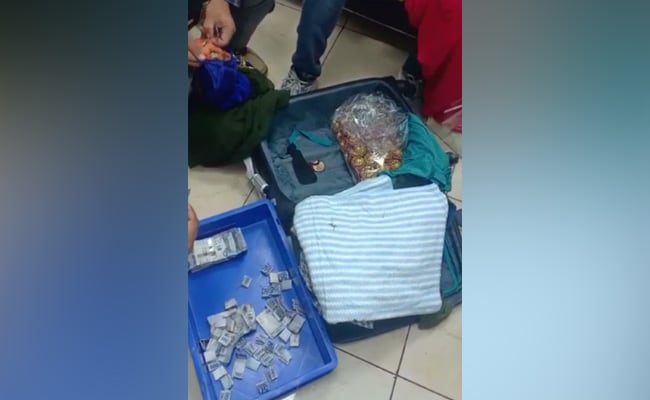 From his bag, 1,85,500 Saudi Riyals worth approximately INR 41 lakh were detected.

A passenger carrying foreign currency worth Rs 41 lakh, hidden in ‘Lehenga’ buttons, was recovered at the Indira Gandhi International Airport in Delhi on Tuesday.

The passenger, identified as Misam Raza, was flying to Dubai from Delhi on a SpiceJet flight today. The Central Industrial Security (CISF) and the airport intelligence noticed suspicious activities of the passenger based on behavior detection at Terminal-3 of the airport.

On suspicion, his luggage was thoroughly checked, and buttons in bulk were detected in the X-ray baggage inspection system.

On thorough checking of his bag 1,85,500 Saudi Riyals worth approximately INR 41 lakh were detected which were concealed in the “Lehenga Button” kept inside the baggage.

The passenger failed to produce any valid document, and he was handed over to the Customs officials along with the recovered currency.