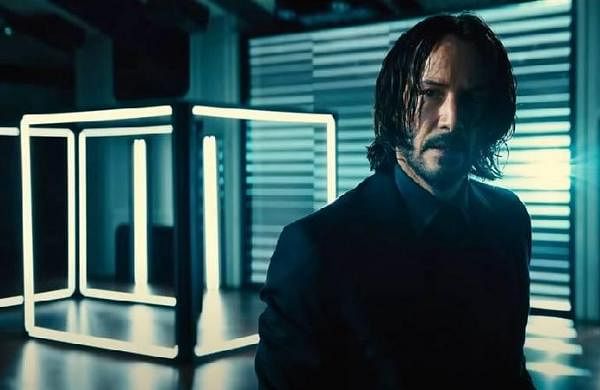 After appearing at a Comic-Con panel for his Boom! Studios title ‘BRZRKR’, Reeves crashed a Directors on Directing panel, where Stahelski was a panelist, to debut the footage.

The trailer, reports Variety, “finds Wick doing what he does best: enacting revenge via any weapon he can get his hands on”. As CinemaCon footage confirmed back in April, the film’s newest installment is sure to include as much skull bashing and gun-fu as its previous chapters.

“Not even you can kill everyone.”

The #SDCC sneak peek trailer for John Wick 4 is freaking awesome. Watch it now before the movie comes out on March 24, 2023. pic.twitter.com/eMc58Vi1nJ

The last time audiences saw the formidable assassin was in 2019’s ‘John Wick: Chapter 3 – Parabellum’, a box-office hit that featured ninjas on motorcycles, a fight in New York City horse stables, and Halle Berry commanding a gruesome twosome of German Shepherds. Now, stuntman-turned-director Stahelski is upping the ante, according to Variety.

Previously, Stahelski had expressed that he had “no f***ing idea” how to top the stunts from Wick’s last outing. “There’s been a couple days where I’ve decided to do number four and I’ve woken up in a cold sweat going, ‘Horses! How do I beat horses?'” Stahelski said in a previous interview.