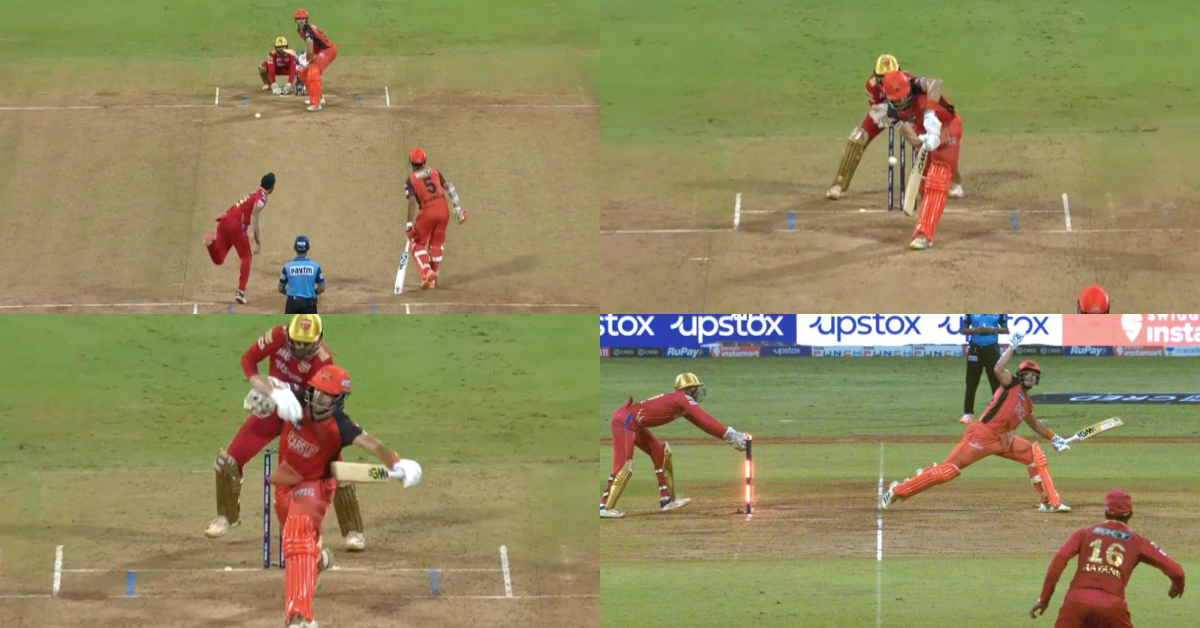 The final league stage match of the IPL 2022 was played between Sunrisers Hyderabad (SRH) and Punjab Kings (PBKS) at the Wankhede Stadium on May 22, 2022. This match was only played for pride by the two teams, as they were both eliminated from the race for playoffs after Royal Challengers Bangalore (RCB) defeated Gujarat Titans (GT) in their final league match.

The match was to decide which spot the two teams ended on and both sides made some changes. Kane Williamson had already returned to New Zealand for the birth of his child and hence Bhuvneshwar Kumar captained the SRH side in this match.

He also won the toss and chose to bat first. SRH made two changes as Romario Shepherd replaced Williamson and J Suchith came in for T Natarajan. For Punjab Kings, Prerak Mankad made his IPL debut, Shahrukh Khan came in and Nathan Ellis made his second appearance in the tournament.

Kagiso Rabada gave PBKS a good start as Priyam Garg was dismissed for 4 runs. Then Abhishek Sharma, who made 43 in 32 balls with 5 fours and 1 six and Rahul Tripathi with 20 runs added 47 runs for the second wicket.

Then Harpreet Brar broke the back of SRH batting as he removed Abhishek Sharma and Rahul Tripathi in quick succession and then Nathan Ellis had gotten rid of Nicholas Pooran who could have been dangerous for just 6 runs.

Harpreet then in the 15th over, got one ball to bounce a little more, as Aiden Markram tried to play it and lost his balance a bit, taking him out of his crease. He completely missed the ball, which was well collected by keeper Jitesh Sharma and in no time disturbed the bails to send Markram packing which was confirmed by the third umpire as well.

Also Read: IND vs SA: Twitter Reacts As Rahul Tripathi Fails It To India Squad For T20I Series vs SA

Here is the video: