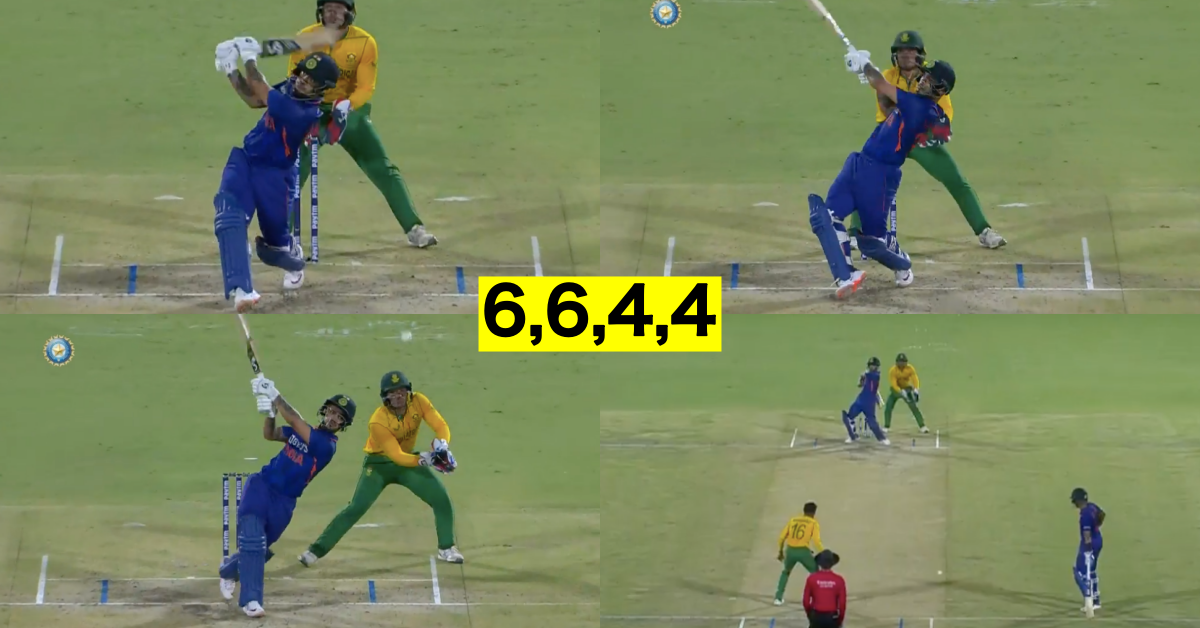 Wicketkeeper-batsman Ishan Kishan, who didn’t have a very good run in the recently concluded Indian Premier League (IPL) 2022, opened the innings with Ruturaj Gaikwad in the match against South Africa.

Notably, the young batters got the opportunity to open the innings for the India National Cricket Team because captain Rohit Sharma was rested for the series and KL Rahul suffered a groin injury and got ruled out of the entire series.

Ishan Kishan Smashes 20 Runs In The 13th Over

Kishan, while opening the innings with Ruturaj, didn’t look comfortable in the initial half of his innings and he took his time very well. The left-handed batsman played cautiously and completed his half-century in style by smashing a six to Maharaj in the 11th over.

Meanwhile, Kishan had decided to go berserk against the Proteas spinner and when Maharaj came to bowl the 13th over, Kishan destroyed the spinner.

Kishan smashed a couple of brilliant looking sixes on the first two balls of the over and then he smashed two back-to-back fours on the next two deliveries to complete 20 runs in the over.

On the 5th ball of the over, Ishan Kishan was declared out LBW by the on-field umpire but he instantly went for the DRS and the decision was overturned.

However, on the next ball, Kishan once again went for a six but he was caught by Tristan Stubbs at the long-on. Kishan was able to score 76 runs off 48 balls, including 11 fours and 3 sixes.

Also Read: IND vs SA: Hardik Pandya Should Not Be Put Under Pressure To Bowl 4 Overs Regularly: Ashish Nehra