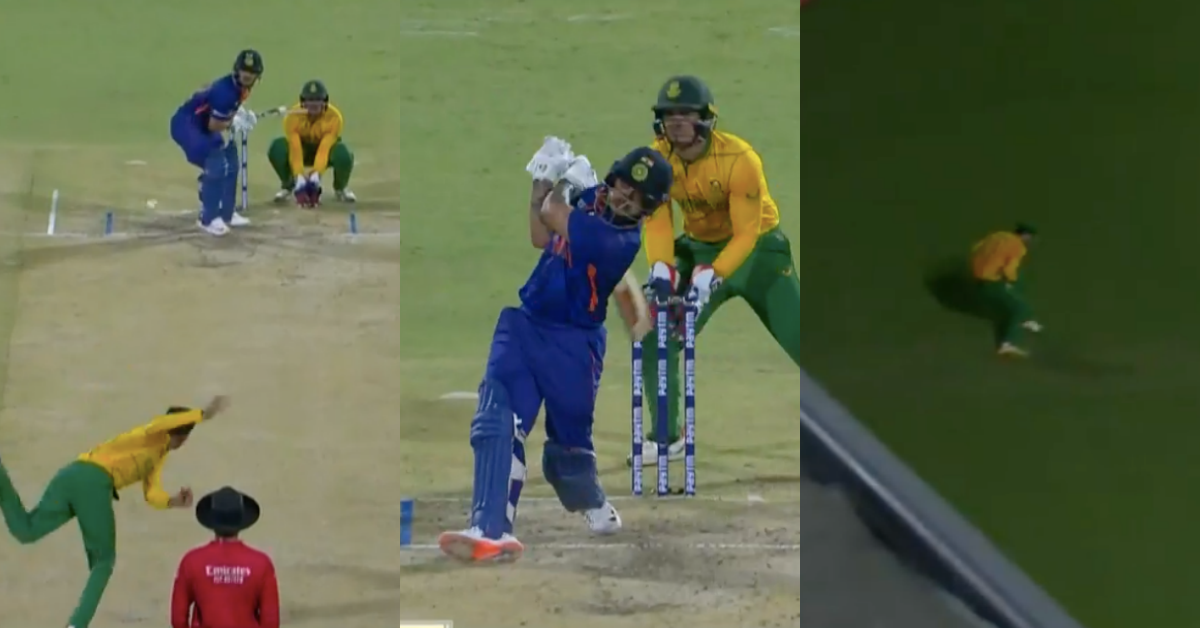 When the T20 squad for the South Africa series was announced many people were surprised to see the name of Ishan Kishan on the list.

Kishan didn’t have a great IPL. He struggled with MI. He had a great start to IPL 2022 but for the majority of the tournament, he struggled.

So his inclusion in the team did raise several eyebrows. But he put rest to all those questions in the first match of the series.

He hit his 3rd T20 international half-century as he and Ruturaj Gaikwad gave India a perfect start. The openers raced to 51 runs in the powerplay.

After Gaikwad’s wicket, Shreyas Iyer came all guns blazing. Kishan too joined the party as after completing his fifty he went after Keshav Maharaj.

On the next ball, there was an appeal for LBW and Kishan was given out. But DRS saved him. Ishan Kishan could not get beneath the last ball because it was too full, so he hit it to hand at long-on. Maharaj came close to catching him with a yorker the previous ball, so he keeps bowling the same length. Ishan Kishan cleared the front leg and gave it his all, but he lacked the length to get under the ball and loft it high, so it was a flat hit to long-on. It ended an innings that turned out to be really good in the end.

Watch: Ishan Kishan Gets Caught On Boundary After Smashing 20 Off Keshav Maharaj: