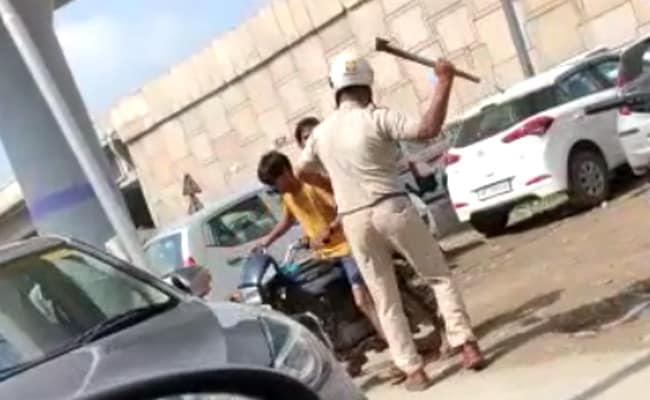 The bikers were not wearing helmets and riding on the wrong side.

Regulating traffic on Indian roads can often be a challenge, but one policeman in Haryana’s Faridabad near Delhi left commuters alarmed after he was seen using an axe to scare off bikers.

In a video seemingly shot by a witness, the policeman was seen threatening three young men riding a motorcycle on the wrong side of the road with the axe.

The bikers were not wearing helmets either.

The policeman, armed with an axe and wearing a helmet, was seen telling them to turn around and kicking the motorcycle as well.

The incident reportedly took place near Bata Chowk in Faridabad on Tuesday morning.

After the video was widely shared on social media, the police said they were investigating the incident.

“An inquiry has been ordered. Police officers are trying to identify the man in the video. We have also heard reports that the axe was confiscated from the riders. Action will be taken after the facts are verified,” Haryana Police spokesperson Sube Singh said.