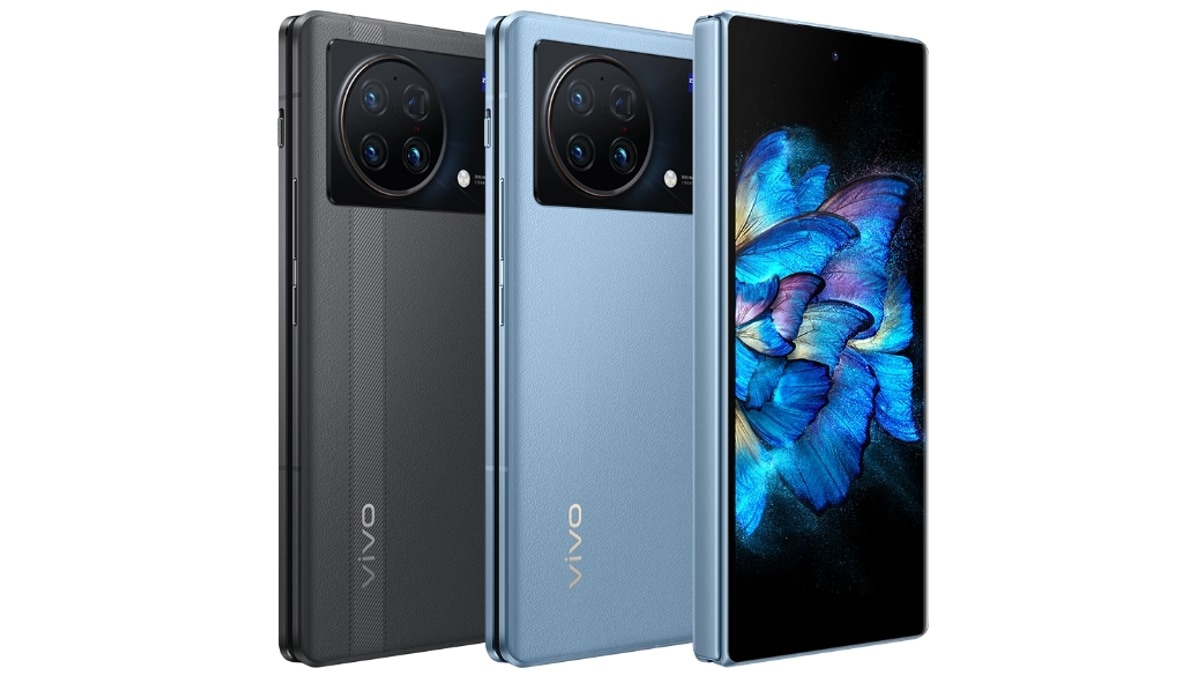 Vivo could launch a new foldable smartphone soon, according to a tipster. The handset is said to be equipped with an ultrasonic fingerprint scanner. It is tipped to be a vertical folding handset. The Chinese smartphone brand previously launched the Vivo X Fold in April in China. The smartphone is powered by the octa-core Qualcomm Snapdragon 8 Gen 1 SoC, paired with Adreno 730 GPU and 12GB LPDDR5 RAM. The Vivo X Fold also features a dual-screen, in-display 3D ultrasonic fingerprint scanner.

Tipster Digital Chat Station leaked details of the purported smartphone on Weibo, spotted by ITHome, claiming that the Chinese smartphone brand is going to launch another foldable phone soon. The handset is said to get a dual-screen, ultrasonic fingerprint scanner, like the Vivo X Fold. According to the report, it is said to feature a vertical folding screen. Vivo is yet to announce plans to launch a foldable smartphone in August.

In April the company had launched the Vivo X Fold handset in China. The smartphone is equipped with a dual-screen, in-display 3D ultrasonic fingerprint scanner that is mounted under both, the folding and the cover displays. It sports an 8.03-inch Samsung E5 folding display with 2K+ resolution and 4:3.55 aspect ratio. The folding display offers a 120Hz refresh rate, and it is protected by an ultra-touch glass. The cover display is 6.53-inch is also a Samsung E5 panel with 1,080×2,520 pixels resolution and a 120Hz refresh rate.

Vivo X Fold is powered by the octa-core Qualcomm Snapdragon 8 Gen 1 SoC and Adreno 730 GPU, coupled with 12GB of LPDDR5 RAM. For optics, the foldable phone gets a quad rear camera setup with a 50-megapixel primary lens, a 48-megapixel ultra-wide shooter, a 12-megapixel portrait lens, and an 8-megapixel sensor. The primary rear camera also gets optical image stabilisation support. At the front, it sports a 16-megapixel selfie camera.