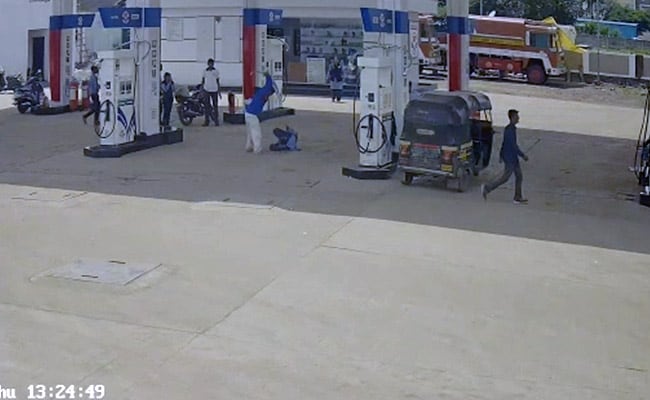 The woman is seen running around the fuel station to save her life, with the attacker behind her.

A man is seen chasing a woman employee of a petrol pump and stabbing her multiple times with a sharp weapon in full public view, in a horrifying video from Maharashtra. The woman is seen running around the fuel station to save her life, with the attacker behind her.

The staff of the petrol pump in Nashik and some passersby are seen rushing to save the victim but seemed afraid to approach him because of the weapon in his hand.

Minutes later, she falls to the ground and the man hits her a couple more times. A passerby throws a chair at the attacker to stop him. He flees the spot when more people come to the woman’s rescue. Two men were seen chasing him with fire extinguishers in their hands.

The incident took place at the Jadhav Petrol Pump in Nashik this afternoon.

Zubeda Sheikh, the victim, has been admitted to a hospital.

A probe is on and a search is underway to catch the accused.