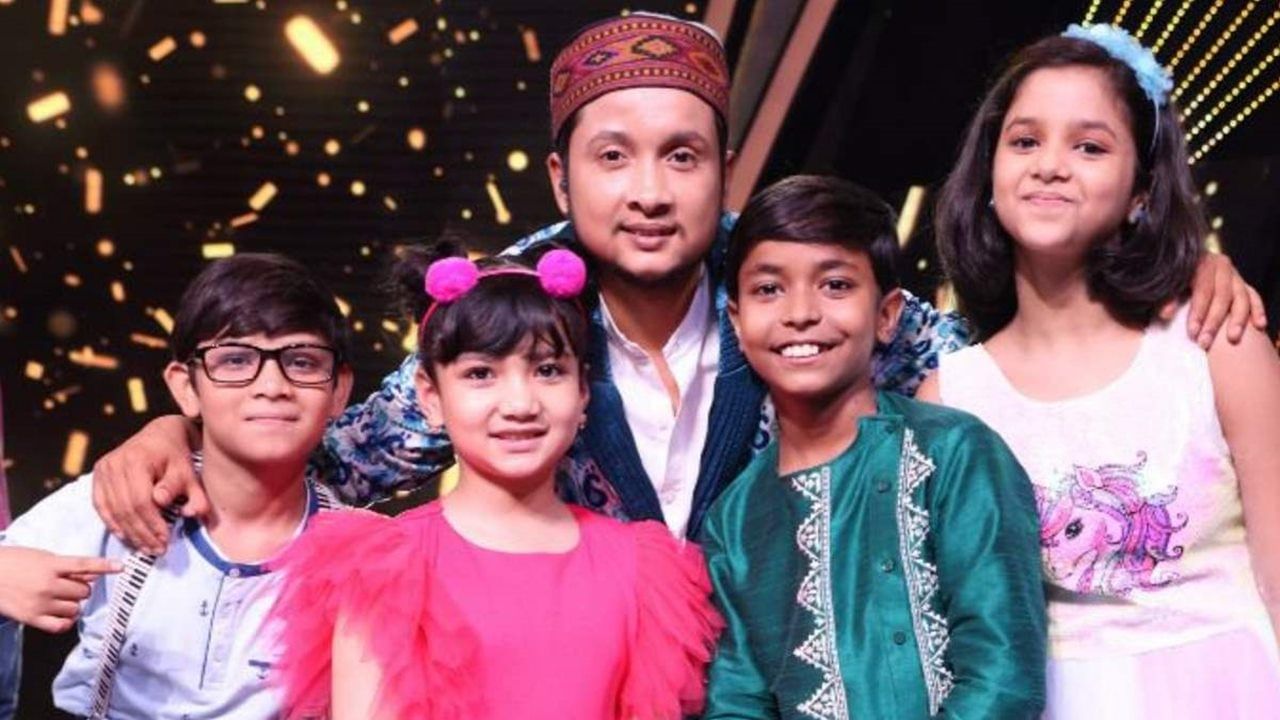 The Super Sangam episodes of Superstar Singer 2 and India’s Laughter Champion will have double entertainment for the audience. Because this time in the golden evening of music, there is going to be a tinge of laughter.

Today on Saturday 23rd July, two of Sony TV’s most popular non-fiction offerings – Superstar Singer 2 and India’s Laughter Champion will bring an all-star cast to entertain the audience together in a Super-Sangam episode. For the first time ever, the best kids of Superstar Singer 2 will join hands with India’s Laughter Champion’s ‘Comedy Ke Funkar’ to enthrall the audience in a magical evening filled with Saat Guna Entertainment, Saat Guna Masti and Saat Guna Dhamaal, beginning with Today it will be from 7 pm. It will be an exhilarating rollercoaster ride, with a fusion of music, fun and of course, comedy and melody.

Saisha will be praised

On this special occasion of Super Sangam, the judges of India’s Laughter Champion i.e. Laughter Queen Archana Puran Singh will join the scintillating panel of super judges – Himesh Reshammiya, Alka Yagnik and Javed Ali. Superstar Singer 2’s own Miss Mohali contestant Saisha Gupta has made a place in the hearts of the audience with her cuteness, confidence and unmatched singing. Today in Super Sangam Special, Saisha Gupta dressed up like little Madhuri will give a power-packed performance on the song ‘Ek Do Teen’, after which all the judges will applaud her and give her a standing ovation.

Very impressed with Saisha’s performance, the original singer of this song and the judge of this show, Alka Yagnik praised her saying, “Saisha looks like little Madhuri Dixit and her voice is like little Alka Yagnik. He has done full justice to this combination of this song. You have sung very well. It’s a very difficult song, how do you remember every word of it? My daughter’s name is also Saisha and she was asking me how old she is, she sings very well. I told her that she is also Saisha like you, but she is only 7 years old. Hearing this, my daughter could not believe it. I told him this charisma is of nature. Wonderful performance. I love you baby.”

Archana Puran Singh will also praise Saisha saying, “Saysha you are very lucky that you got a chance to perform this song in front of the original singer. You are very talented and you have sung very beautifully.” this episode Entertainment will be plentiful.

The show will have a lot of fun

Meanwhile, in a strange turn of events, India’s Laughter Champion contestant Vignesh Pandey, a ventriloquist, will come with his puppet Aina, who will be the elder sister of Saisha Gupta. Will claim to be a fan. While praising Saisha’s cuteness and singing, Anna will surely make Saisha feel something special. In return, Saisha will also give Anna a cute dress, which will make everyone sigh. Teasing Vignesh on this, Aina will ask him to learn from Saisha too, because Saisha had made Aina such a beautiful person.

Not only this, on the request of Archana Puran Singh, Alka Yagnik will also create the magic of singing ‘Ek Do Teen’ on stage with Saisha in the Super Sangam episode.