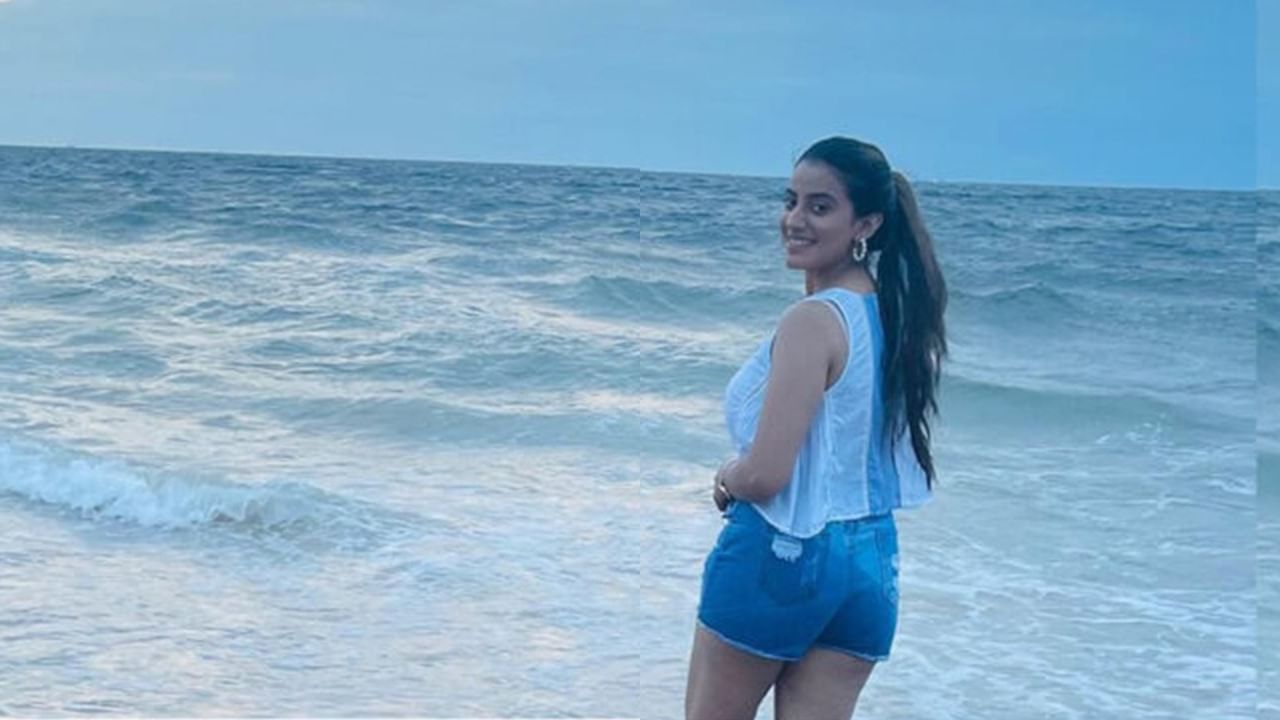 In this video filmed with Karan Khanna, Akshara and Karan are seen twinning. Both of them are wearing light blue denim pants and black t-shirt, and Akshara is wearing white shoes and Karan is wearing black shoes.

The magic of 90s also went on Akshara Singh,

bhojpuri actress Akshara Singh She is one of the highest paid actresses of the regional film industry. This actress is very active on social media. Every day Akshara keeps posting new photos and videos on her Instagram account every day. A few days ago, this beautiful actress came into the limelight due to the leaked MMS. Actually this video was two years old. Akshara had already said in an interview given to a news portal that this video going viral is not hers.

However, this MMS controversy of Akshara is not taking the name of stopping. But this beautiful actress has ignored all these news. Recently, in a video she posted on the internet, Akshara is seen dancing fiercely with TV actor Karan Khanna. This video posted by Akshara 3 hours ago has been liked by more than 35 thousand people so far. So fans too have filled Akshara’s commentbox with heart and fire emojis.

Both Akshara and Karan have done twinning

In this video filmed with Karan Khanna, Akshara and Karan are seen twinning. Both of them are wearing light blue denim pants and black t-shirt, and Akshara is wearing white shoes and Karan is wearing black shoes. Posting this video of her, in the caption below, Akshara Singh has written that the songs of the 90s will always be a hit, this song and the steps of these two. We have posted this video because it is trending.

Akshara has used fire and heart emoji in her caption. More than 365 people have commented below this video. There is a comment in these comments Karan Khanna Ka, who is seen with Akshara in this video. He has written that ‘we belong to the 90s, we have something else too.’