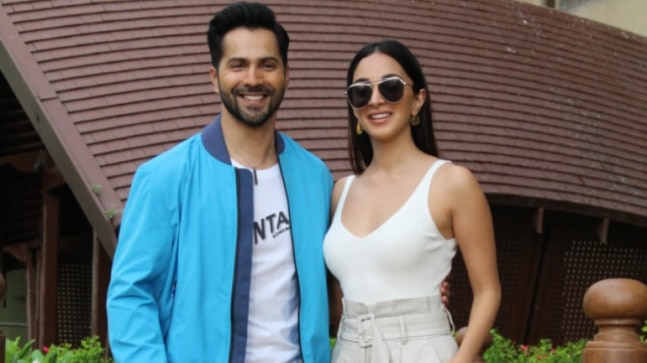 Varun Dhawan just pranked his Jugjugg Jeeyo co-star Kiara Advani and the video is too fun to miss! The film releases on June 24.

We have seen glimpses of Varun Dhawan and Kiara Advani’s beautiful chemistry during Jugjugg Jeeyo promotions. Not just this, the two look terrific as reel husband and wife in the film. Well, Jugjugg Jeeyo is about to release in two days and the promotions are on its last leg. On June 22, Kiara and Varun yet again met for the film’s promotions, where the former got pranked by the latter. Seen the hilarious video yet?

Varun Dhawan and Kiara Advani will share screen space in Jugjugg Jeeyo. The film releases on June 24. The promotions are still going on, which is when we saw Varun and Kiara posing for pictures. Standing atop a pedestal around a water-like structure, Varun pretended to push Kiara. A startled Kiara got down post a good laugh. Later, Anil Kapoor joined the duo while posing for photos. Towards the end of the video, paps compared Kiara to Hollywood actress Angelina Jolie and she had the most hilarious reaction!

WHEN VARUN SAID HE WAS DYING TO WORK WITH KIARA