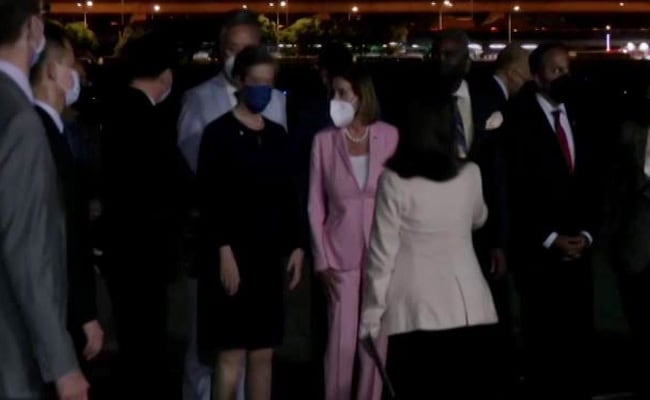 Nancy Pelosi was seen emerging from the flight.

Taipei:
US House Speaker Nancy Pelosi has landed in Taiwan amid escalating threats from China over the visit. China warned the US that it was “playing with fire”. The Chinese military has vowed to launch “targeted military actions”.

Here are the top 10 points in this big story: