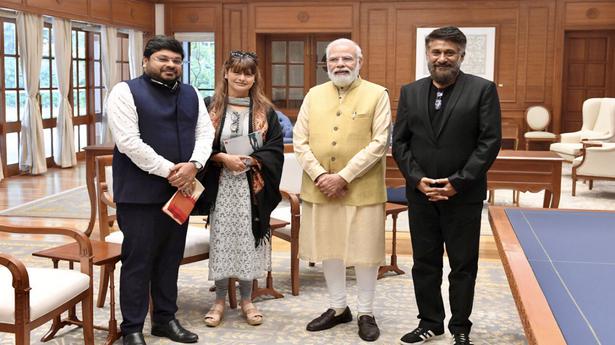 The Legislative Council witnessed acrimonious scenes over the screening of the Bollywood movie The Kashmir Files for legislators on March 15 evening. Chairperson Basavaraj Horatti’s announcement about the screening led to heated arguments between the ruling BJP and the opposition members.

Opposition Congress members demanded that the announcement be withdrawn and staged a protest in the well of the House.

While the BJP members kept repeating that watching the movie is not mandatory and was left to the members’  discretion, the opposition members asked why the government was announcing a movie screening during the session held to discuss the State Budget.

“The Chairman has to be unbiased and should not make such announcements in the House. It appears as if the government is more interested in screening the movie rather than discussing people’s problems,” said opposition leader B K Hariprasad. “You should also screen movies such as Parzania about Gujarat riots and Water on the plight of widowed women in Varanasi,” he added.

Intervening at this point, Cooperation Minister S T Somashekar said watching the movie is not mandatory, and only those who wish to watch it could do so.

During the pandemonium, the recent poll results of the five States also came up for discussion. Mr Hariprasad, who objected to Urban Development Minister Basavaraj Byrathi mentioning the election results, said, “You all needed Congress to become councillors and MLAs. But you shifted loyalties to the BJP to become ministers.”

At this point, the Minister retorted that they have all won the elections in a fair manner. When the heated arguments continued, Chairman Basavaraj Horatti intervened and said that he had only read out the circular sent by the government on the announcement. “You can watch if you want. It is not mandatory,” he said.

With opposition members refusing to get back to their seats, the Chairman adjourned the proceedings for 10 minutes.