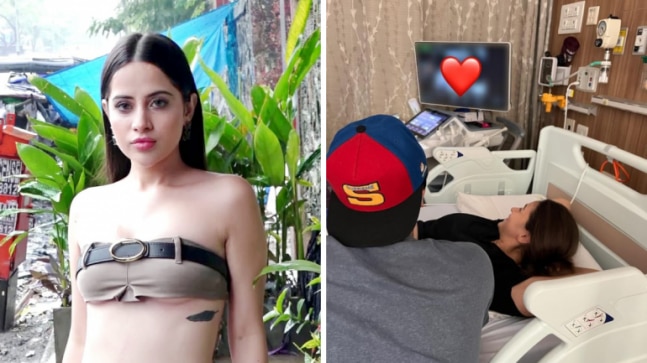 Uorfi Javed has the cutest reaction to Alia Bhatt’s pregnancy. The former Bigg Boss OTT contestant said she can already imagine how cute Alia’s baby is going to be.

Uorfi Javed is back to making headlines! On a rainy Mumbai noon, the actress yet again wore something unique and engaged in a tete-a-tete with paps. The actress reacted to Alia Bhatt’s pregnancy and said she can imagine how cute the baby is going to be.

Alia Bhatt and Ranbir Kapoor are expecting their first child. Several celebs showered the celeb couple with best wishes when they announced the ‘good news’ on June 27. After the who’s who from the entertainment space congratulated the couple, Uorfi Javed was the latest celeb to react to Alia’s pregnancy. The actress interacted with paps on June 30 and said, “Alia ka baby kitna sundar hoga na, kitna cute hoga uska baby (Alia’s baby will be so beautiful, her child will be so cute).” When paps asked if she is going to be the baby’s maternal or paternal aunt, Uorfi replied, “Main begani shaadi mein abdullah deewana, main kuch nahi banungi. Main, main hi rahungi (I won’t be anything, I’ll just be myself).”

Here is the video:

UORFI SPOTTED IN THE CITY

Uorfi Javed often gets trolled for her outfits. She wore a complementing bralette as that of her skirt and completed her look with heels. Her outfit received a mixed reaction from netizens. How did you like Uorfi’s outfit of the day?