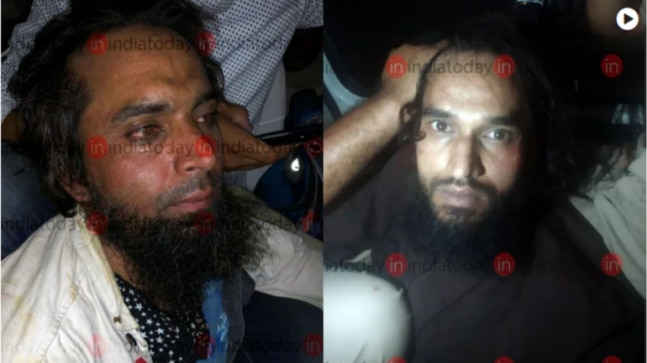 The two accused, Riyaz Akhtari and Ghaus Mohammad, who killed Udaipur tailor Kanhaiya Lal, have been sent to judicial custody till July 13.

The two accused were brought in a police van with their faces covered and were produced in the court while several advocates started shouting slogans on the premises.

The lawyers gathered on the court premises in large numbers in the evening and started shouting slogans demanding the death penalty for the accused.

In another development, the Anti-Terror Squad (ATS), Udaipur, recovered two blood-stained weapons from the possession of the accused. The weapons were recovered from an office of the aide of the accused in Udaipur’s Sapetiya locality.

During the interrogation, the accused told the officials that after killing Kanhiya Lal, they went to Shoaib’s office in Sapetiya and recorded the video.

ALSO READ| Knife used to behead Udaipur tailor made by accused themselves: Sources

Riaz and Ghaus allegedly hacked tailor Kanhaiya Lal to death with a cleaver at his shop in Udaipur on Tuesday and later posted videos online saying they are avenging an insult to Islam.

Thousands of people took out a march in Udaipur and shopkeepers downed shutters in Jaipur today, protesting over the recent murder of a tailor.

Rajasthan Chief Minister Ashok Gehlot visited the tailor’s family and told reporters outside the house that he wanted the National Investigation Agency (NIA) to file the charge sheet in a fast-track court as soon as possible, so that the culprits are brought to justice.