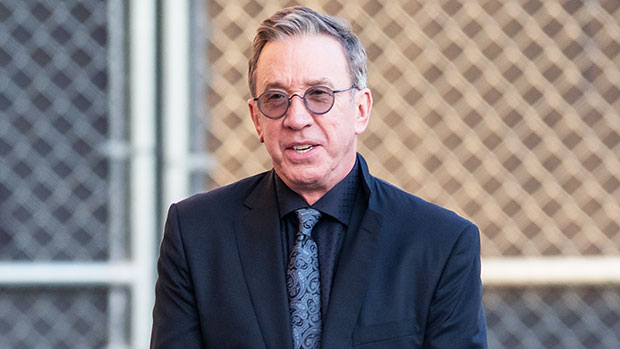 Tim Allen, 69, reacted to the new film Lightyear, which features Chris Evans, 41, stepping into the iconic role of Buzz Lightyear. “We talked about this many years ago, it came up in one of the sessions,” Tim, who voiced Buzz in all four Toy Story films, told Extra on June 29. “I said, ‘What a fun movie that would be.’ But the brass that did the first four movies is not this. This is a whole new team that really had nothing to do with the first movies.”

Tim revealed that he thought Lightyear, which tells the origin story of Buzz, would be a live-action project with himself and Tom Hanks (who voices Sheriff Woody in Toy Story). “There’s really no Toy Story, Buzz without Woody,” Tim noted. “I’m not really sure what the idea… I’m a plot guy. This was done in 1997, it seemed to be a big adventure story. It’s not a big adventure story,” he added.

“It’s a wonderful story, it just doesn’t seem to have any connection to the toy,” Tim said about Lightyear. “It has no relationship to Buzz. It’s just no connection, I wish there was a better connection.” This marked the first time that Tim addressed being replaced by the Captain America actor in the new Pixar movie directed by Angus MacLane. It hit theaters on June 17.

Chris Evans: Photos Of The ‘Avengers’ Hunk On His 41st Birthday

Fans were disappointed once they learned that Tim wasn’t offering his voice for the beloved character in Lightyear. But it was intentional on Pixar’s part, since Chris is meant to voice the real Buzz Lightyear that the action figure voiced by Tim in the Toy Story universe is based on. Producer Galyn Susman previously explained the separation in an interview with Cineplex ahead of Lightyear‘s release.

“When casting Buzz, it was important to differentiate our hero Buzz from the toy that’s made on his character and represented in the Toy Story movies,” she said. “That meant we needed a new voice for Buzz. He needed to have that nice rich sound, able to be both dramatic and comedic, and most importantly, he needed to be heroic without coming off as arrogant or dense. And that’s a tall order, and we immediately knew we had to ask Chris.”