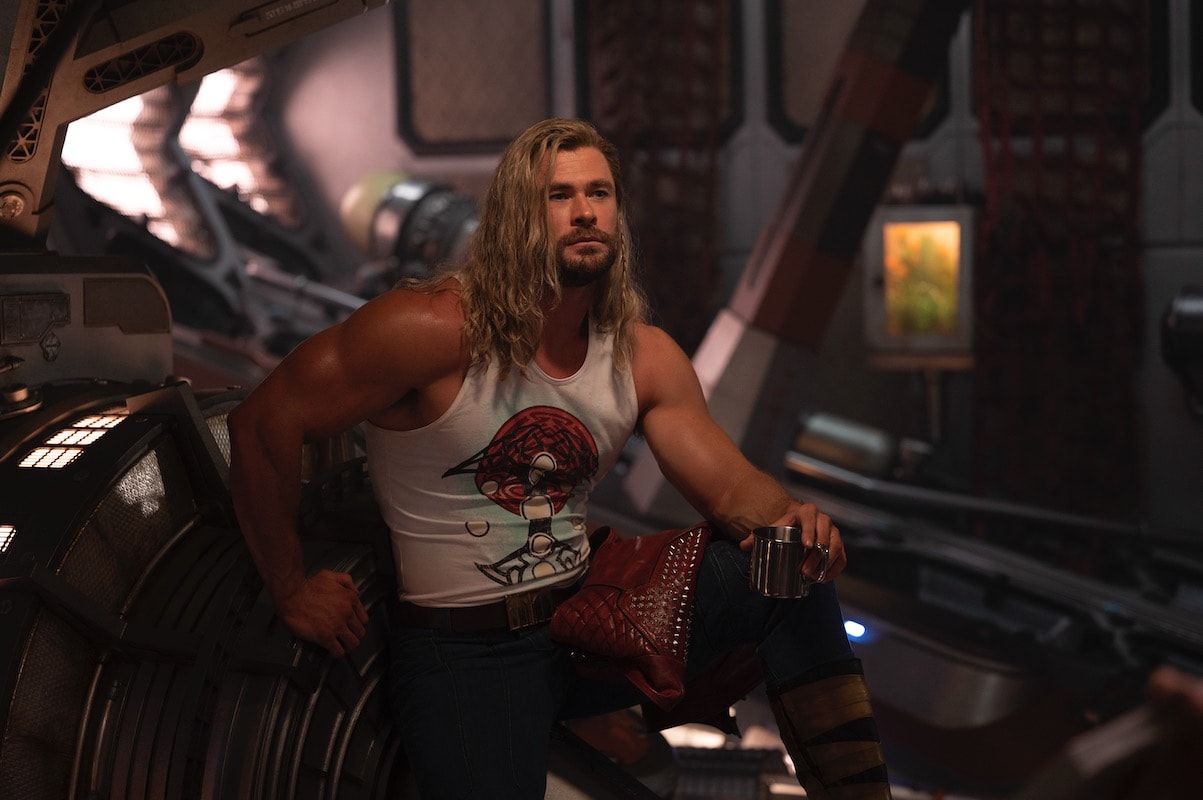 Thor: Love and Thunder — now playing in cinemas worldwide — ends with the words “Thor will return”, more or less confirming that Chris Hemsworth’s God of Thunder will be back for another Marvel Cinematic Universe rodeo. But it doesn’t just promise a record fifth standalone film, with the Thor: Love and Thunder mid-credits scene even teasing what that might entail for our buff superhero. To add to that, the Thor: Love and Thunder post-credits scene takes us to a place that we had yet only heard about, and leaves room in the process for a mighty return. In fact, both credits scenes in the fourth Thor movie — the 29th entry in the MCU — bring back a character that we thought had forever been lost. But before we dive headfirst, let’s take a look at that ending too.

Warning: spoilers ahead for Thor: Love and Thunder. Proceed at your own risk.

The big goal for Gorr the God Butcher (Christian Bale) — the villain on Thor: Love and Thunder — is to put an end to all the gods. I mean, it’s in his name. But rather than kill them all one by one, which could take forever, he’s chosen to work smart. With the help of Thor’s new axe Stormbreaker that can summon the Bifrost, Gorr helps unlock the door to Eternity, a being at the centre of the universe that is ready to grant the wish of the one who approaches it first.

Thor: Love and Thunder Review: A Madcap Rush That Underuses Everyone

As Gorr sits in front of Eternity ready to make his wish, he expects one more physical altercation with Thor, given he’s about to lose his life. But rather than choose violence, Thor chooses love. In his final moments, Thor chooses to be with Dr. Jane Foster/ Mighty Thor (Natalie Portman), who’s living out her final moments as Mjolnir — the weapon that gives her all her strength — has also slowly taken her life force from her. It’s why Thor had asked Jane to sit out the final battle, but she chose otherwise.

Seeing Thor make an unexpected decision, Gorr pauses. Thor uses that moment to plead to Gorr’s uncorrupted side — Necrosword, the weapon he wields, had slowly consumed him — and asks him to choose love too. Rather than kill all the gods, he can ask Eternity to bring his daughter back. But Gorr, who’s also dying thanks to the Necrosword, is concerned that there would be no left to look after her. The dying Jane notes that she will never be alone, hinting at Thor taking her as her ward.

Gorr does indeed choose love over violence, as his daughter (India Hemsworth) returns to his side, holding her father’s head as he cries and breathes his last. At virtually the same moment, Jane also dies, turning into golden stardust that floats away. As Thor and Gorr’s daughter look at each other, Korg’s (Taika Waititi) voiceover takes over Thor: Love and Thunder, putting a neat bow on everything.

He tells us that he got his body back and had a child with a guy called Dwayne, Valkyrie (Tessa Thompson) and Sif (Jaimie Alexander) trained the children in self-defence after they returned to New Asgard, and Thor began a new life with his ward. While he’s wielding Mjolnir, Stormbreaker is now in the hands of Gorr’s daughter, whose name is Love. And together, Love and Thunder — get it? — set off on new adventures helping people across the universe.

As Zeus is being tended to by his maidens (who collapsed at the sight of Thor’s penis earlier in the film), he launches into an angry monologue: “It used to be, being a god, it meant something. People would whisper our name before sharing their deepest hopes and dreams. They begged you for mercy without ever knowing if you were actually listening. Now, you know, when they look to the sky, they don’t ask us for lightning. They don’t ask us for rain. They just want to see one of their so-called superheroes. When did we become the joke? No. No. They will fear us again when Thor Odinson falls from the sky.”

As Zeus concludes his soliloquy, the Thor: Love and Thunder mid-credits pans away from his face to reveal the guy he’s addressing: “Do you understand me, Hercules? Do you understand me, my son?” In response, Hercules says: “Yes, father.” More importantly, guess who’s playing Hercules? It’s Brett Goldstein, best known for playing Roy Kent in the beloved Apple TV+ series Ted Lasso. This is clearly setting up Thor 5, though I can’t say I’m too excited.

After two major actors in Cate Blanchett and Christian Bale taking up villainous roles on Waititi’s Thor movies — Thor: Ragnarok, and now, Thor: Love and Thunder — the next villain is Roy Kent from Ted Lasso? Look don’t get me wrong, he works in that role, but I’m not sure Goldstein is going to pull numbers anywhere close to Bale or Blanchett. That said, just because he’s in the mid-credits scene, doesn’t guarantee he will be the primary villain on Thor 5.

Zeus isn’t the only supposedly-dead character who’s present in the Thor: Love and Thunder credits scenes. The post-credits scene attached to the very end of the fourth Thor movie features two characters who have both left the mortal realm.

The scene begins with the golden stardust from earlier reversing its transformation, and turning into Natalie Portman again. She’s a little surprised to find herself in corporeal form again, as you can imagine. And just as she finds her bearings, she’s greeted by Heimdall (Idris Elba), another dead guy. Heimdall was killed by Thanos on Avengers: Infinity War, if you will recall.

Everything You Need to Know About Thor: Love and Thunder

Heimdall’s first words out of his mouth are the most obvious. “I see you’re dead now,” he tells Jane, before thanking her for taking care of his son Axl (Kieron L. Dyer), who was kidnapped along with other New Asgardian children by Gorr earlier in Thor: Love and Thunder. He then welcomes her to “the land of the gods, Valhalla.”

We’ve only been told about this place before, so it’s finally nice to get a glimpse of it. But what’s more curious is why Waititi decided to include this bit at the end. Is this just supposed to be a gag on the lines of what we’ve seen in other MCU movies? Or is he suggesting that the adventures of Jane and Heimdall may not be over?

After all, the MCU has shown us that it’s possible to return from the land of the dead. Case in point: Moon Knight, where Oscar Isaac’s titular character found a way to escape his fate. And if there’s one woman in the universe who can figure out how to teleport out of Valhalla, Jane seems a likely bet.

Thor 5? Chris Hemsworth Is Open to a Return, but There’s a Caveat