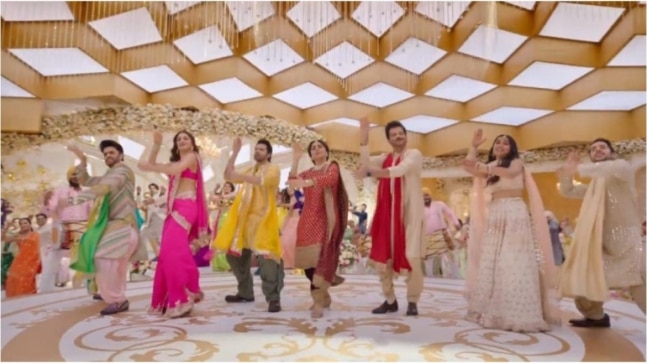 Finally, the trailer of the much-awaited film Jug Jugg Jeeyo is here and netizens cannot keep calm. The trailer dropped on Sunday and was shared on YouTube by the official channel of Dharma Productions. It has already garnered over 57 lakh views since being released today.

Jug Jugg Jeeyo stars Neetu Kapoor, Anil Kapoor, Kiara Advani and Varun Dhawan in the lead roles. By the looks of the trailer, the film seems to be a total family entertainer.

As expected, Twitter was flooded with reactions after the release of the fun-filled trailer. In this article, we have compiled some of the best ones for you.

this movie is going to be wholesome i know for sure a family reunion will full of surprises I am so out of words it’s indeed a DHARMA MOVIE .Kukoo ji you have my heart #JugJugJeeyo | #JugJuggJeeyoTrailer pic.twitter.com/bQrsmFUPzf

looks like we are finally getting a nice rom-com with full mirch masala trailer looks nice. hope the movie is equally entertaining #JugJuggJeeyoTrailer pic.twitter.com/chmt93iBF9

I am loving it pic.twitter.com/qbbXRWQO5k

a perfect family entertainer film is coming to steal our hearts next month #JugJuggJeeyoTrailer pic.twitter.com/CUB7lMICtd

My favorite thing about the #JugJuggJeeyoTrailer is that it’s so unabashedly Bollywood. It has entertainment, emotions, comedy, drama, lots of colors, and foot-tapping music. That’s exactly what’s needed right now.