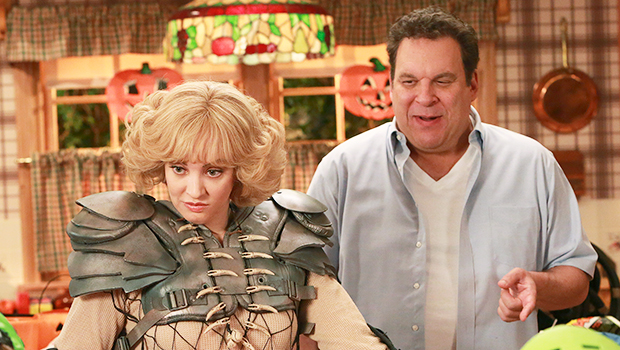 Big changes are ahead for the Goldberg family when season 10 begins. The ABC comedy’s milestone tenth season will begin with Goldberg patriarch Murray Goldberg already dead. The Goldbergs co-showrunner Alex Barnow explained how the show will deal with Murray’s death.

“[Murray] will have passed, and we are sort of starting from a place of multiple months removed from his death,” Alex told EW. “The family has already grieved, unlike Pops [George Segal] and the premiere of season 9 where they’re dealing with it sort of very freshly. This is going to be a family that has not reconciled the fact that their father’s gone but has sort of moved on and has dealt with a lot of that. So we’re starting with optimism about a baby coming and looking forward to the future. It’s an opportunity for this interesting emotional basis for the way people are behaving.”

Co-showrunner Chris Bishop admitted that season 10 “feels like a huge reboot for us. So we have tons of momentum rolling into this new season.”

Jeff Garlin played Murray Goldberg for the first 9 seasons of the show. The actor left the show in a “mutual agreement” with Sony Pictures Television during The Goldbergs season 9 amid misconduct allegations and an HR investigation into his alleged behavior on the set. After his exit, the actor still technically appeared on the show via dialogue from prior episodes and unused takes.

Jeff previously addressed the allegations against him in a December 2021 interview with Vanity Fair. “My opinion is, I have my process about how I’m funny, in terms of the scene and what I have to do,” he said. “They feel that it makes for a quote ‘unsafe’ workspace. Now, mind you, my silliness making an unsafe workspace — I don’t understand how that is… I am always a kind and thoughtful person. I make mistakes, sure. But my comedy is about easing people’s pain. Why would I ever want to cause pain in anybody for a laugh? That’s bullying. That’s just uncalled for.”

As for whether or not Jeff knows that his character is being killed off, Alex noted, “I’ve had a conversation with Jeff and he’s aware that he’s not being replaced. The truth is, I don’t know if he knows what his fate is, but I’m assuming he knows, would be the answer to that question. We haven’t had a subsequent conversation since the beginning of writing that he would have any specific clarity on that.” The Goldbergs season 10 will premiere September 21 on ABC.