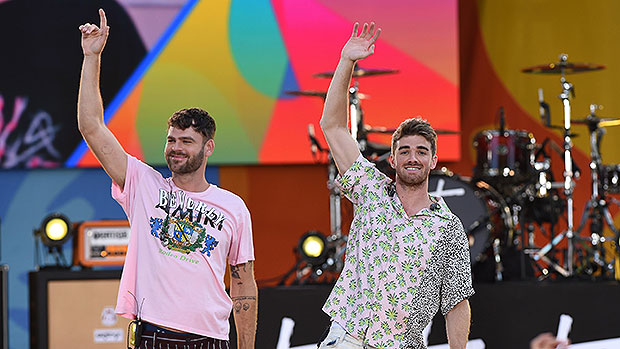 The Chainsmokers spoke out about having threesomes with fans, in a new interview. The popular EDM DJ group’s members, Drew Taggart, 33, and Alex Pall, 37, were guests on an episode of the Call Her Daddy podcast this month and admitted that they’ve had their fair of unplanned fun, but found it to be “weird” when it happened. “Does it count if it’s international?” Alex asked about whether or not they’ve had threesomes.

“European government doesn’t separate their beds,” Drew added. Alex went on to explain that after the first time it happened, he and his music partner turned to each other and asked, “‘What the f*ck just happened?’”

Just a few months before Drew and Alex admitted to having threesomes with fans, Drew made headlines for reportedly dating the late Steve Jobs‘ daughter Eve Jobs. A source told Us Weekly that they had started romantically seeing each other in the summer of 2022 and it started as “a summer fling” that led them to “having fun” with each other. Before Eve, Drew was in a relationship with Chantel Jeffries, whom he dated from 2020 until March 2021.

Alex also made headlines when he was romantically involved with Tori Woodward. The ex-girlfriend of the star posted photos in 2018 of him allegedly cheating on her. He later told TMZ that he was “miserable” without Tori. “[Life’s] been tough,” he said to the outlet. “She deserves the best. I wish nothing but the best for her. She deserves a better guy than me.”