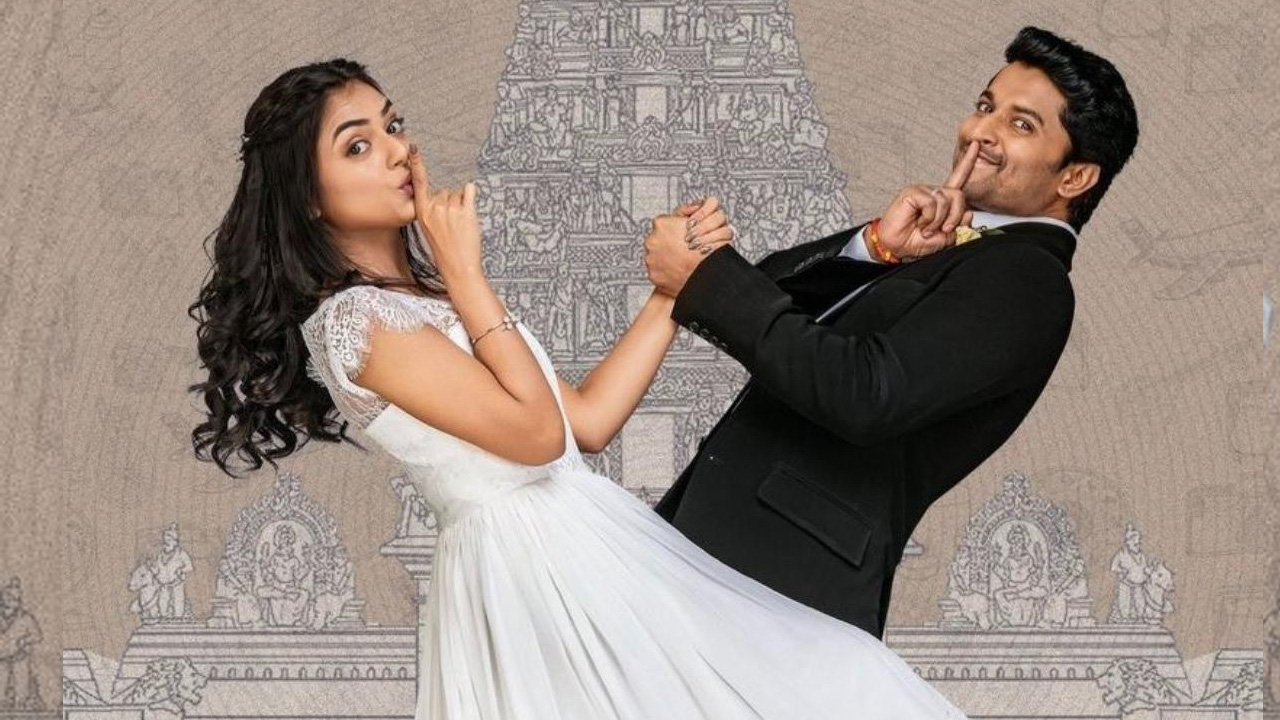 Audiences have responded positively to the already released Major and Vikram films. Now more films are ready for release.

Theater Entertainment Fair continues in June. Movies that audiences have been waiting for ever since the beginning of the month are buzzing at the box office. Audiences have responded positively to the already released Major and Vikram films. Now more films are ready for release. Let’s find out about the movies that entertain the audience at the box office in the second week of June.

That is beautiful ..
Natural star Nani..Malayalam beauty Nazriya Nazeem is acting as a couple in the movie ‘Sundaraniki’ directed by Vivek Atreya. The upcoming romantic comedy entertainer is set to release on June 10. The trailer released from this movie which is being produced under the banner of Maitree Movie Makers has further aroused curiosity. With this film, Nazriya will be introduced to the Telugu screen as the heroine. Nani will be seen in the role of Sundar, a Brahmin boy .. Nazriya will be seen in the role of Leela Thomas, a Christian girl. The makers say that if they want to know what happened to their love for each other, they have to look at Sundarani.

Charlie 777
Kannada hero Rakshit Shetty’s latest film Charlie 777. Rakshit, who made his debut as a hero with Kirik Party, has a good following in Telugu as well. Directed by Kiran Raj K, Rakshit Shetty’s lead role is an emotional journey. How did Dharma turn life around? Is Charlie 777. The trailer that has already been released is very emotional throughout… The film which has already completed all the shows will be coming out to the audience on June 10th.

Jurassic World ..
Jurassic Park .. Adults and children alike are all fans of the films in this series .. All the series so far have impressed the audience. And now another new movie called Jurassic World Dominion is coming. The series will be released not only in English but also in Indian languages ​​on June 10.

Movies released in OTTs ..
Don ..
College Dawn is a movie starring Tamil star hero Sivakarthikeyan in the lead role. Coming as a romantic comedy drama, the film was directed by CB Chakraborty. Released on May 13, the film received a positive response from the audience. The film is now set to air on the popular OTT company Netflix on June 10.

Also, the Hindi web series Udan Patolas will be streaming on June 10 on the popular OTT platform Amazon Prime.

The Innale War Malayalam series will be streaming on popular OTT platform Sony Live from June 9.