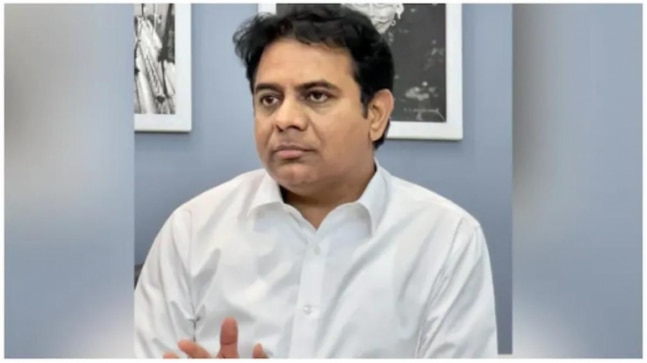 KTR said his party will stand behind youth and fight to ensure job creation by the Centre. (Photo: India Today)

KTR stated that over 16 lakh private jobs were created in the state. We run a government that believes in action and not in mere slogans and lip service, he said.

In his letter, KTR claimed that PM Modi has failed miserably in creating jobs for the youth of the nation. He demanded that the Centre fill up the 16 lakh government posts which are vacant at present.

“Your inefficient decisions and ineffective economic policies led to loss of jobs, instead of creating new employment opportunities in the country,” KTR said.

The Telangana minister also stated that the Centre failed miserably in attracting global investments, which could create employment opportunities for the youth. Centre has no commitment for welfare of agriculture and textile sectors as these are the two major sectors people depend on jobs, he added.

“When will you fill up the 16 lakh job vacancies under the Union government? What actions have you taken to create two crore jobs per year? How many of the promised jobs per year were created or will be created for the youth of Telangana? What answers do you have for the loss of employment opportunities caused due to the selling of government assets to private entities? By privatisation of properties, the reservation policy in jobs will be removed. What answers do you have for the SC, ST and BC youth who are being denied their jobs?” questioned KTR.

“You have come to Telangana and only extended lip service. But not a penny was allocated to the state. At least now, give clarity on employment creation for the youth of the country. Respond to the questions I have asked on behalf of the youth of our country,” he said.