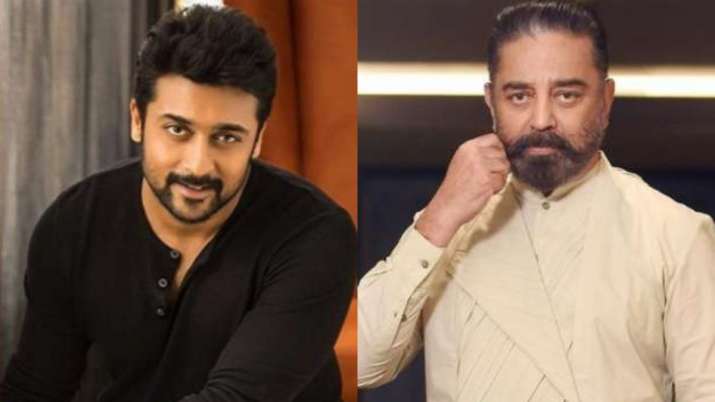 Actor Suriya, who was extended an invitation to join the Oscars committee by the Academy of Motion Pictures Arts and Sciences has ‘humbly’ accepted the offer. He along with Bollywood actress Kajol, was among the 397 people who have been invited to become members of the Academy. Following the international recognition of his recent films Soorarai Pottru and Jai Bhim, Suriya has become the first south Indian actor to be invited to the Oscars committee.

The Jai Bhim actor took to Twitter and ‘humbly’ accepted the invite. He wrote, “Thank you @TheAcademy for the invitation, which I humbly accept. My heartfelt thanks to all those who wished me, will always strive to make you all proud!.” The actor received congratulatory messages and wishes from many, including Kamal Haasan and Vikram Prabhu.

Taking to Twitter, actor Kamal Haasan, considered to be one of the iconic actors of the film industry, wrote: “Glad my brother Suriya treads the ground of stars. In spite of gravity, which makes wings weak. We created angels and stars. Hence be proud brother to join the crowd of excellence.”

Suriya responded to Kamal’s tweet, saying: “Thank you anna.” Only recently, Kamal had presented his favourite Rolex watch as a present to Suriya for his mind-blowing performance in the blockbuster ‘Vikram’.

Actor Vikram Prabhu, the grandson of the legendary Sivaji Ganesan said, “This is wonderful news anna! Congratulations! Wishing our industry’s deserving work gets more recognition in the coming years! This is for Tamil Nadu. This is for India!”

On the other hand, Suriya also thanked Tamil Nadu Chief Minister M.K. Stalin for the same. He wrote: “Your wishes not only make me happy but also underline my responsibility. I will continue to strive to deliver good films. My heartfelt gratitude for your love.”

On Wednesday, Stalin, while congratulating Suriya, had said that the latter had become the first South Indian actor to receive an invite from the prestigious Academy of Motion Picture Arts and Sciences to be a part of it. The invite was a recognition of Suriya’s evolved acting skills and his choice of stories that were focused on societal well-being, he added.