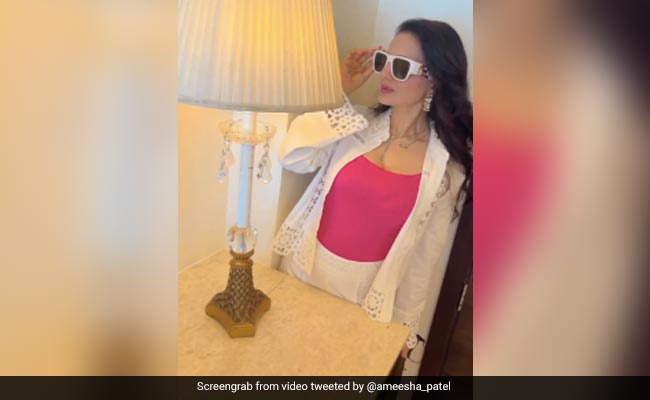 The top court also issued a notice to the Jharkhand government

The Supreme Court has stayed criminal proceedings for offence of cheating and criminal breach of trust against Bollywood actor Ameesha Patel in connection with summons issued by a trial court in Jharkhand.

A bench of Justices B R Gavai and P S Narasimha issued notice to the Jharkhand government on the plea filed by the actor.

The top court, however, said proceedings for offences punishable under Section 138 (cheque bounce) of the Negotiable Instruments Act be proceeded in accordance with law.

“We, however, clarify that the proceedings, insofar as offences punishable under Section 138 (cheque bounce) of the Negotiable Instruments Act are concerned, they be proceeded in accordance with law,” the bench said.

The top court’s order came on an appeal filed by Ameesha Patel against the May 5, 2022 order of the Jharkhand High Court which dismissed the plea seeking quashing and setting aside of the order by a trial court in Ranchi, in connection with a complaint against her.

The court had taken cognisance for the offences under Sections 406, 420, 34 of the Indian Penal Code and Section 138 of Negotiable Instruments Act on the complaint filed by producer Ajay Kumar Singh.

According to the complaint, Singh transferred Rs 2.5 crore in the actor’s bank account for production of a movie titled “Desi Magic”.

Ms Patel, however, did not proceed with the film as was promised and did return the money either.

The high court had said that prima facie, it appears that all the accused persons are liable to refund the amount in question