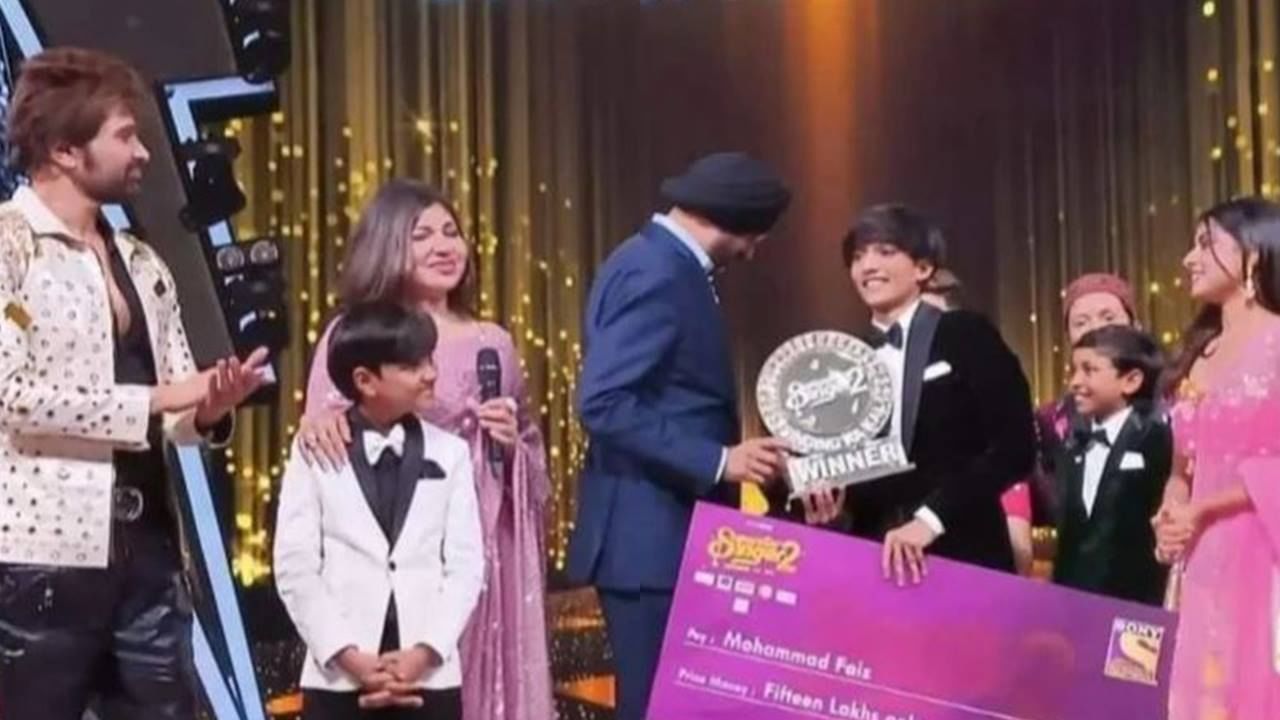 The season of Superstar Singer 2 was loved by the audience. Arunita Kanjilal’s contestant Mohammad Faiz has won this show. The public loved this talented contestants very much.

Contestant Mohammad Faiz of Superstar Singer 2 has won the trophy. Sony TV singing reality show Superstar Singer 2 After three months of great musical competition, it has finally found its winner. Mohammad Faiz of Jodhpur has won the title of the show and Rs 15 lakh along with the love of the people. Along with Faiz, Mani, Pranjal Biswas, Aryanand R Babu, Rituraj and Saisha Gupta also joined the top 6 finalists of the show. Along with these contestants, their captains also had a test during the finale.

Arunita Kanjiwal was the captain of Faiz

Mohammad Faiz was a student of Indian Idol 12 contestant Arunita Kanjiwal. Even though Arunita could not win the title of Indian Idol 12, but she fulfilled her dream of winning through her student Mohammad Faiz. Pawandeep Rajan’s 2 students Saisha and Pranjal were also included in the top 6 finalists who reached the Grand Finale of Superstar Singer. So Mani and Rituraj were Salman Ali’s students. Aryanand was trained by Mohammad Danish.

Along with the trophy, Mohammad Faiz has also received a check of 15 lakhs. These winners of Superstar Singer 2 are going to give the winning amount to their parents. Mohammad Faiz was also given the title of ‘Youth Sensation’ by Himesh Reshammiya, the judge of Superstar Singer 2. In every episode, this talented singer of Jodhpur was seen winning the hearts of the judges. The guest celebrities who attended the show were also very impressed with Faiz.

Talking about his success, Mohammad Faiz had said that “Superstar Singer 2 The forum has given me a lot. When I came on this show, no one knew me. But today everyone has started knowing me. I have learned a lot in this journey. I will always be thankful to this forum. In this journey, we all tried to give our best performance. Our aim was to entertain everyone more than competition.” Let us tell you, Arunita and Faiz are going to go on a singing tour together.