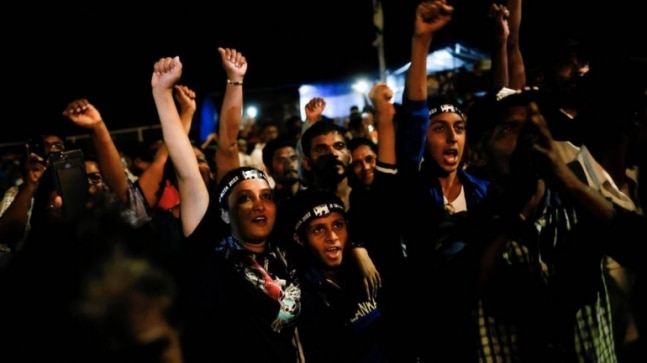 The Sri Lankan diaspora has started sending dollars to the island nation after Gotabaya Rajapaksa, whom they blamed for the economic crisis, fled the country and then resigned as the president on Friday.

As #SriLankaDollarChallenge trends on Twitter, the Central Bank of Sri Lanka has requested all expats to use only legal official banking channels to send dollars, as per local media reports.

In the last 24 hours, netizens have tweeted images of deposit slips, urging others to send dollars to the island nation.

“As promised, we will continue to do our best for the motherland,” one user said.

Another user wrote, “Now let’s build the country together #srilankadollarchallenge”

“This is the new beginning! #srilankadollarchallenge,” wrote Udani Dissanayake, a law student.

300,000 Sri Lankans making $1,000 each is a good number to show how powerful people are.
Good trump to teach a lesson to the voters. #SriLankaDollarChallenge

The calls for “rebuilding the country” gained momentum after Gotabaya Rajapaksa sent his resignation letter to the Speaker via email, making it official.

He handed over the reigns of the crisis-hit nation to Prime Minister Ranil Wickremesinghe, appointing him as the acting president until Parliament elects a new president.

Meanwhile, acting President Wickremesinghe told the Speaker to call on party leaders to name a new prime minister by consensus.

Parliament on July 20 will now elect a new president within 30 days from one of its members, who will hold the office for the remaining two years of the current term.

Sri Lanka, a country of 22 million people, is under the grip of unprecedented economic turmoil, the worst in seven decades, leaving millions struggling to buy food, medicine, fuel and other essentials.

Earlier, PM Wickremesinghe had announced that the country, with an acute foreign currency crisis that resulted in a foreign debt default, is now a bankrupt nation.

READ | Will Sajith Premadasa be the next leader of Sri Lanka?