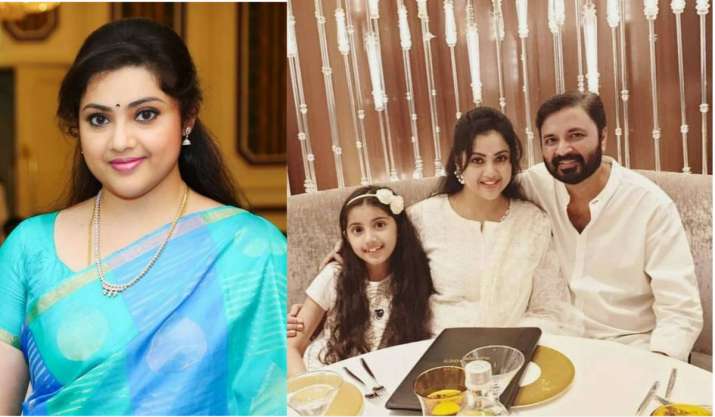 Today a very sad incident has come out from the South Film Industry. Actually, Vidyasagar, husband of South’s famous actress Meena, passed away today. According to media reports, he was undergoing treatment in the hospital. While Meena’s husband Vidya Sagar was battling lung disease for a long time, her condition became more critical due to the corona virus and she passed away this morning at the age of 48. According to the report, he had already been infected with corona, but then he had recovered from corona disease. It was later revealed that he had a lung infection.

This information was tweeted by South Industry actor Sarathkumar. In fact, Sarathkumar has condoled the death of Vidyasagar on his official Twitter account, in which he has also expressed sympathy for his family. Not only the fans of the actress, but the entire South film industry is shocked by this news. From fans to superstars, everyone is mourning and sympathizing with his family. At the same time, after hearing this news, the fans of the actress are constantly giving courage to Meena.

Let us tell you that actress Meena is a famous actress of Tamil and Malayalam films. Meena married Vidyasagar in June 2009. Both have a daughter Nainika. Our sympathies are with the family of actress Meena at this sad time.

Deepika-Ranveer is included in the list of richest power couple, these star couples also have billions of wealth

Alia Bhatt gets angry: Why did Alia get angry after the pregnancy announcement? Said – I am not a parcel, I am a woman

The post South actress Meena broke a mountain of sorrow, her husband died, her health deteriorated due to Corona appeared first on filmyzoo.