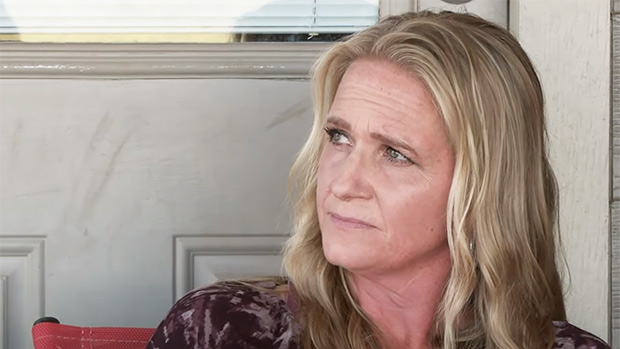 Sister Wives returns on September 11, and it’s going to be the most intense season yet. “I have decided to leave. I’m going to leave Kody [Brown],” Christine Brown tells the wives in the Sister Wives trailer. Christine admits to Kody that it’s been “heartbreaking” being his wife for years, and she feels like “Robyn is more important” to him.

Kody and Christine have a shocking confrontation in front of Meri, Janelle, and Robyn. “You never tried to have a really good relationship with these other people. That’s the reason I’m pissed off. Man, just the knife in the kidneys over all these years. The sacrifices that I made to love you!” Kody screams at Christine.

The demise of Kody and Christine’s relationship has an impact on all of Kody’s relationships. Kody and Janelle have a candid conversation about their relationship. “I don’t think you and I know how to be real about things with each other,” Kody says to Janelle. Janelle admits, “He’s no longer acting as my husband here.”

Robyn confesses to Meri that she’s “not ready” for Christine to leave. “Hang on with me okay?” Robyn asks. Meri replies with some caution, “I am.” Robyn tells Meri that they have to “rebuild.”

For Christine, she’s always been upfront about her feelings about plural marriage. “I agreed to be a sister wife, but I agreed to be an equal wife,” she says.

‘My Big Fat Greek Wedding 3’: Who’s Returning & Everything We Know So Far

Meri even admits that she’s not “really sure we have a family anymore.” Kody is very aware that “the message that we had about functional polygamy seems so dysfunctional now.”

Last year, Christine kicked Kody out of her home, which was one of the hardest things she has ever done. But now, formally putting an end to their marriage turns out to be even harder. And when she has to tell her sister wives and her children, nobody takes it well. She is determined to move to Utah to be with her older children but when Kody tries to stop her, Christine calls him out for favoring one wife and her children, over all the others. The stresses multiply as people begin to take sides.

And on top of it all, COVID is still a major issue for the Brown family, as first, Janelle and her children test positive and later, Kody, Robyn, and their kids face their own struggles during the pandemic. When Christine’s daughter Mykelti gives birth, she invites some of the sister wives to be part of it, but not others and her choices are surprising. Then, without talking to Kody, Janelle buys a giant RV and moves onto their undeveloped Coyote Pass property as she is desperate to get construction started on their homes. This season will see the family divided like never before, leaving one thing for certain: the Browns will never be the same.