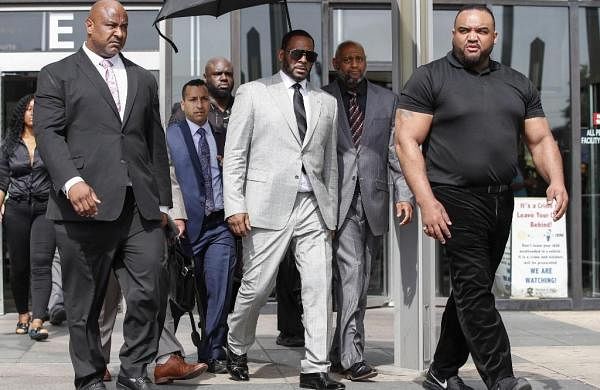 LOS ANGELES: American songwriter-record producer Robert Sylvester Kelly professionally known as R. Kelly has been sentenced to 30 years in prison as he faces conviction for racketeering and eight counts of violating the Mann Act, which prohibits transporting people across state lines for prostitution, reports ‘Variety’.

Kelly has been in jail since July of 2019; 45 witnesses testified for the government. As per ‘Variety’, he still faces child pornography and obstruction of justice charges in Chicago, as well as charges in state courts in Illinois and Minnesota.

Kelly, one of the most successful hitmakers of the 1990s and early 2000s, was found guilty of all nine counts against him in September, after a six-week trial revealed how he had used employees and intermediaries to lure fans and hopeful singers into sexually abusive and controlling conditions, including locking them in rooms without food or access to a bathroom for days.

Federal prosecutors had asked for a sentence “in excess of 25 years”, reflecting Kelly’s continued danger to the public and apparent lack of remorse for using his fame to sexually and emotionally abuse alleged victims, many of them underaged.

Kelly’s attorney — Jennifer Bonjean, who also represented Bill Cosby in his successful overturn of sexual assault conviction last year — argued for the minimum sentence of no more than 10 years in prison, even though the singer had been convicted of scheming over decades to recruit women and underaged girls and men for sex, claiming that his own experience as an abused child could have caused his “hypersexuality” later in life.

Kelly, who wore black eyeglasses and a khaki shirt, largely kept his head down during the hearing, according to the Times, occasionally looking up at the judge or a witness. Allegations of Kelly’s abuse of underaged girls followed him throughout his career, first arising in the early 1990s.

‘Variety’ further states that in 1994, he illegally married Aaliyah Haughton, a protege singer, when she was just 15 by using a fake I.D. card that his former manager later admitted he had procured. In 2000, the Chicago Sun-Times was sent a graphic video that Kelly had filmed of himself having sex with a girl who was allegedly underaged but refused to testify against him. He was indicted and briefly jailed in 2002 but was acquitted six years later.