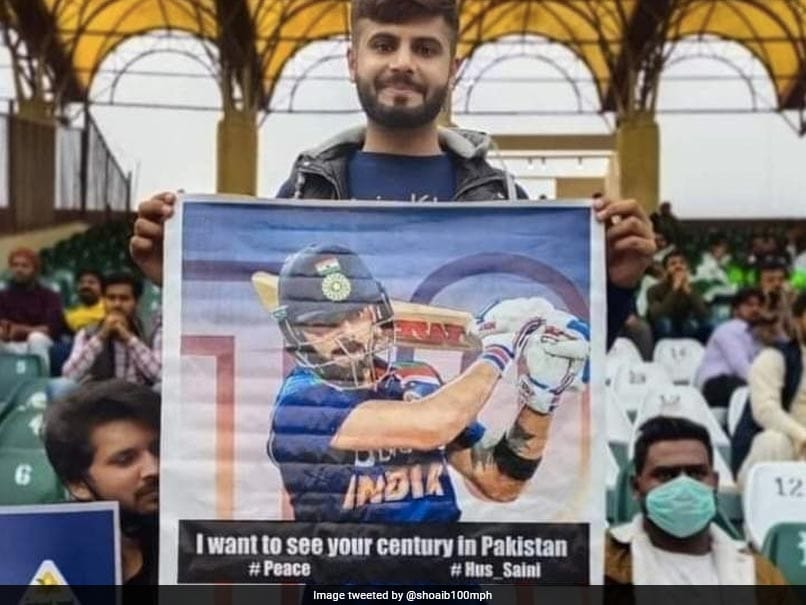 Virat Kohli is one of the best batters to have ever played the game. He holds multiple records in international cricket and is arguably the most talked about player in the world in recent times. Kohli is adored not only in India but across the world, and a testament to that was seen during the ongoing Pakistan Super League. Former Pakistan pacer Shoaib Akhtar tweeted a picture of a fan holding a Virat Kohli poster during a PSL match. “I want to see your century in Pakistan,” read a message on the poster.

“Someone spreading love at the #GaddafiStadium,” wrote Shoaib Akhtar to go along with a photo of the fan holding the poster.

While he has not been at his absolute best in the past couple of years, Kohli is still one of the most feared batters.

Though, he continues to wait for the elusive hundred in 2022, he has shown glimpses of returning to his best. In the final Test in South Africa in January this year, Kohli scored 79 and 29 and followed it up with two half-centuries in the three-match ODI series against the Proteas.

The Indian right-hander did struggle in the three-match ODI series against the West Indies, notching scores of 8, 18 and 0 but he scored a fluent 52 in the second T20I against the Caribbean before being afforded a break by the BCCI for the final T20I.

Kohli has also been rested from the three-match T20I home series against Sri Lanka that begins on Thursday but will return to play the Tests that start from March 4.