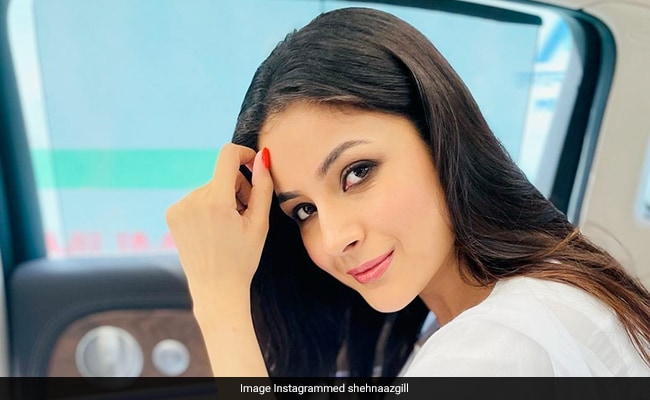 A video of Shehnaaz Gill signing an autograph for a fan is doing the rounds of the Internet. Though neither the time nor the day is mentioned by the Twitter user, the video shows the actress writing, “Shehnaaz Gill loves you. Keep supporting. Sid Naaz Fans” after the fan showed the note in front of the camera. “SidNaaz,” is an amalgam of the first names of actors Sidharth Shukla and Shehnaaz Gill. Shehnaaz, who was recently in Ahmedabad, met Sidharth on the sets of Bigg Boss 13. On September 2, Sidharth Shukla died at 40 due to cardiac arrest. Since then, both Shehnaaz and her fans keep the “SidNaaz” hashtag alive on Twitter by often posing pictures, videos or memories of the actors.

The Twitter user, who goes by the name Tina Ahuja, noticed that Shehnaaz, in the autograph, wrote Sidharth’s name “Sid” above the word “Naaz.” The fan observed that the actress keeps him on a “pedestal” like a “guardian angel” watching over her, which is why she wrote “SidNaaz” in such a manner.

The fan’s tweet read, “The way she autographed and wrote Sid upar and then Naazneeche rather than writing #SidNaaz together, I feel is because she now keeps him at a pedestal so high like a GAURDIAN ANGEL watching and guiding over her from above and she would always be behind him following his footsteps and life lessons.”

Take a look at the viral video below:

The way she autographed n wrote Sid upar n then Naaz neeche rather than writing #SidNaaz together..I feel is cus she now keeps him at a pedestal so high like a GAURDIAN ANGEL watchin n guiding over her from abv n she wud always b behind him following his footsteps n life lessons pic.twitter.com/GHnnmP61C7

Many “SidNaaz” fans were touched by the video and flooded the comments section in agreement with the user’s observation, by saying, “Yes it’s true, and it’s the kind of love and respect she has towards him.”

Sidharth Shukla was an established TV actor who starred in shows like Dil Se Dil Tak and even participated in the reality show like Fear Factor: Khatron Ke Khiladi 7. After Sidharth’s death, Shehnaaz took a brief social media break and then got back to work.

In December 2021, Shehnaaz shared a picture of Sidharth dressed in white with wings at the back.

In the season finale of Bigg Boss 15, Shehnaaz gave a powerful performance in remembrance of Sidharth.

The actress will be seen in Salman Khan’s Kabhi Eid Kabhi Diwali with Pooja Hegde.