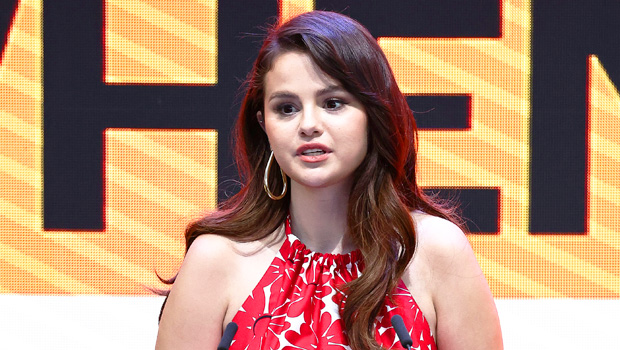 Selena Gomez shared the importance of everyone speaking out against the Supreme Court’s decision to overturn Roe V. Wade in a new interview with Variety on Monday, June 27. The ‘Lose You To Love Me’ popstar emphasized how important it is for men to speak up in support of women’s rights to choose, and that it needs to be voted on in November.

.@SelenaGomez on what Hollywood can do in light of #RoeVsWade getting overturned: “It’s about voting, it’s about getting men — men needing to stand up and also speak against this issue. It’s also the amount of women that are hurting. I’m just not happy.” https://t.co/jLjwaGfpcA pic.twitter.com/gsvN27UYFi

While at the premiere for the new season of Only Murders In The Building, Selena, 29, explained how she was feeling after the Supreme Court opted to overturn the landmark case. “It’s about voting. It’s about getting men, men needing to stand up and also speak against this issue. It’s also the amount of women that are hurting. I’m just not happy, and I hope that we can do everything in our power to change that,” she said.

Other than calling on men to stand up and her fans to vote in support of women’s right to choose, Selena also directed her fans who need resources to check her social media. In a pair of tweets after the decision came through, the singer shared a link for fans to donate to Planned Parenthood Action. “Watching a Constitutional right be stripped away is horrific. A woman should have the right to CHOOSE what she wants to do with her own body. End of story,” she wrote. “Please support [Planned Parenthood Action]—I am fearful of what will happen to those without the necessary means to have access to a safe, legal abortion.”

Selena is far from the only popstar who has used her platform to speak out against the SCOTUS ruling to overturn Roe. Singers like Taylor Swift and Madonna have also clapped back at the Supreme Court after the ruling was passed into law on Friday.

This isn’t the first time that Selena has used her platform to speak out on a political issue. After the tragic school shooting in Uvalde, Texas, the actress called on politicians to legislate so that a tragedy like that never happens again. “Those in power need to stop giving lip service and actually change the laws to prevent these shootings in the future,” she wrote.