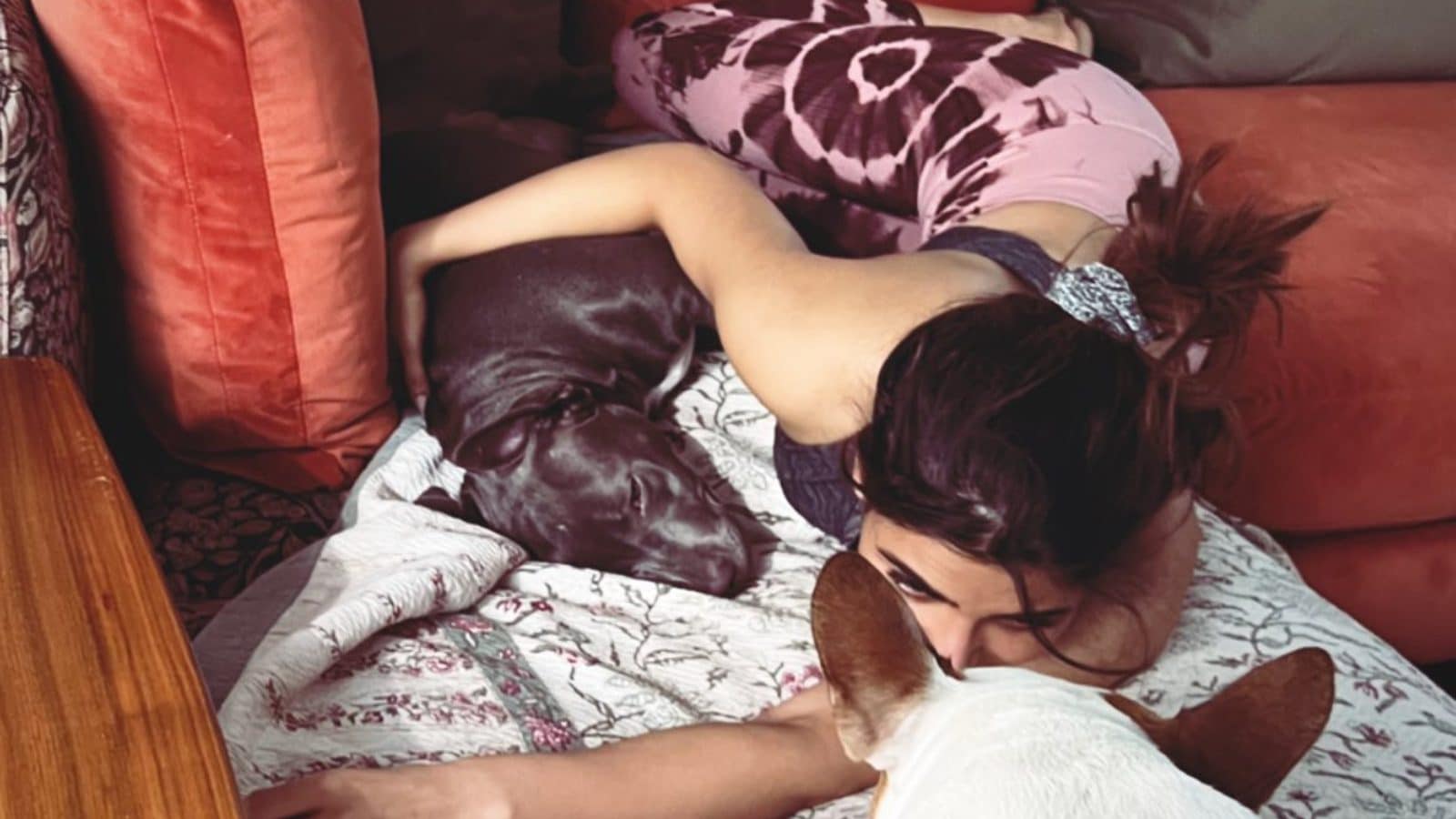 It is a lazy Friday afternoon at Samantha Ruth Prabhu’s home. The actor took to Instagram and revealed that she is spending time with her pet dogs, Hash and Sasha. In the pictures, Samantha was seen resting on a couch and cuddling her pooches. She also shared individual pictures of the pets.

Besides getting some love from her pooches, Samantha was also seen enjoying a healthy meal. She shared a picture of her perfectly plated lunch, featuring fried vegetables, a portion of rice and a few pieces of tofu. Samantha shared the picture with a sticker that read ‘Holy tofu.’

Samantha has recently been in the headlines for her Pushpa item song. The actor was seen dancing to the song Oo Antava Oo Oo Antava in the Allu Arjun starrer. The song has become a huge hit, with the music video surpassing 100 million views on YouTube. Fans were also seen dancing to the track in the theatre halls.

On Thursday, Samantha shared a behind-the-scenes video from the song’s dance rehearsal. The actor was seen sweating it out and ensuring she gets each step right. Samantha also complained that the choreographers were ‘killing’ her on the dance floor.

Last seen in The Family Man 2, Samantha has mostly spent time away from the camera last year. However, she was in the news for her personal life. Samantha and her husband, actor Naga Chaitanya announced their separation after months of divorce rumours. Samantha went on issue a statement, slamming those who were speculating the reasons behind their split. She had also spent time travelling with her friends and had been sharing pictures from her trips on Instagram as well.

Samantha has an interesting line of projects in the pipeline. These include director Gunasekhar’s directorial Shaakuntalam, the shoot of which she wrapped last August, and the Tamil period rom-com Kaathu Vaakula Rendu Kaadhal. She also has her first pan-India film Yashoda in the making.