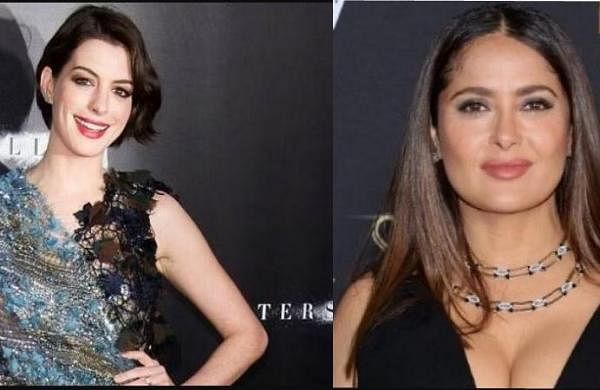 Seesaw Monster, the Japanese novel authored by Kotaro Isaka, is being adapted into a film. And streaming giant Netflix has bagged the rights. Anne Hathaway and Salma Hayek Pinault will star in and produce the upcoming feature. Olivia Milch is penning the screenplay, and the film’s director is yet to be announced.

While Salma Hayek Pinault is backing the project under the Ventanarosa Productions banner, Anne Hathaway is associating with Somewhere Pictures and Ryosuke Saegusa and Yuma Terada ( Bullet Train ) with CTB Inc. The film’s executive producers include Jose Tamez, and Siobhan Flynn for Ventanarosa Productions; Adam Shulman, and Jonathan Rice for Somewhere Pictures; and Milch.

Though details are kept under wraps, it is known that Hathaway and Hayek Pinault will play rivals forced to work together in an action comedy two-hander. Seesaw Monster’s author Isaka is known for authoring the second novel in her Hitman trilogy, which was made into a blockbuster film Bullet Train, starring Brad Pitt and Sandra Bullock. Following the success of Bullet Train, the streaming giant is pinning hope on Isaka’s other novel for adaptation.

Meanwhile, Hathaway, last seen in Armageddon Time, has a slew of projects in the pipeline including Eileen and Mother’s Instinct. On the other hand, Hayek Pinault, last seen in House of Gucci, will next star in Angelina Jolie’s directorial Without Blood alongside Demián Bichi.