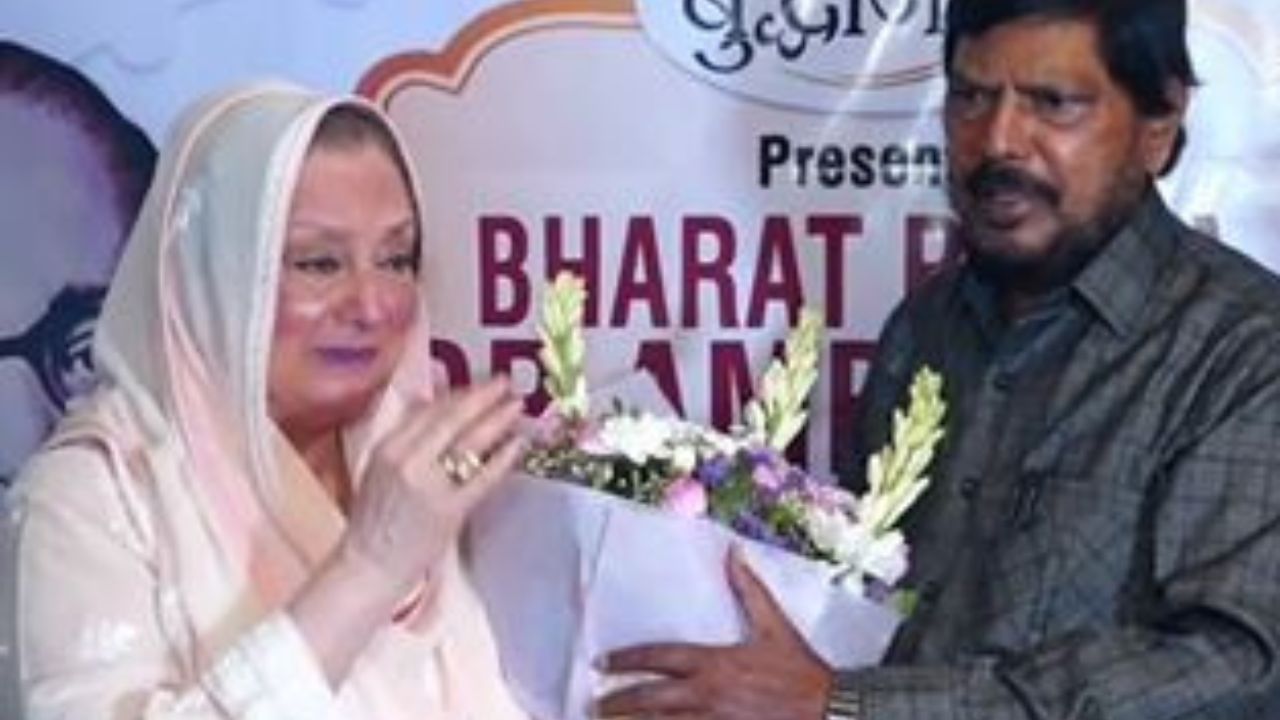 Seeing this love of Saira Banoo, every fan of her became emotional. Saira Banu, who became the shadow of Dilip Kumar, is still living for him.

Sairi Bano, a famous actress of her time, often gets emotional remembering Dilip Kumar. Let us tell you that celebrity photographer Viral Bhayani has shared a video from his Instagram account. In this video, Saira Banu is seen receiving the Bharat Ratna Dr. Ambedkar Award in the name of Dilip Kumar. Union Minister Ramdas Athawale is also seen with him during this time. During this, Saira Banu gets emotional remembering her Dilip Sahab and cries there.

Dilip Kumar should get Bharat Ratna

Very few people know that Saira Banu used to call actor Dilip Kumar as Kohinoor. Talking to the media, Saira Banu said, ‘Dilip sahib is still with me and watching everything.’ At the same time, while talking about Bharat Ratna, he said, ‘He should get Bharat Ratna, Dilip sahib was the Kohinoor of India. So Kohinoor must get Bharat Ratna. At the same time, he also said that I am sure that he is with me and will always be. My Kohinoor.’ It should be noted that on October 11, 1966, Dilip Kumar and Saira Banu got married. After marriage, Saira Banu did only a few films and then gave all her time to her Dilip Kumar. Saira held Dilip Kumar’s hand till the last moment.

Let us inform that actor Dilip Kumar died on July 7, 2021 at the age of 98. He was battling the disease for a long time. Born on December 11, 1922 in Peshawar (now in Pakistan), British India, Dilip Kumar’s real name was Mohammad Yusuf Khan. Yusuf Khan did his studies in Nashik, Raj Kapoor became his friend in his childhood.