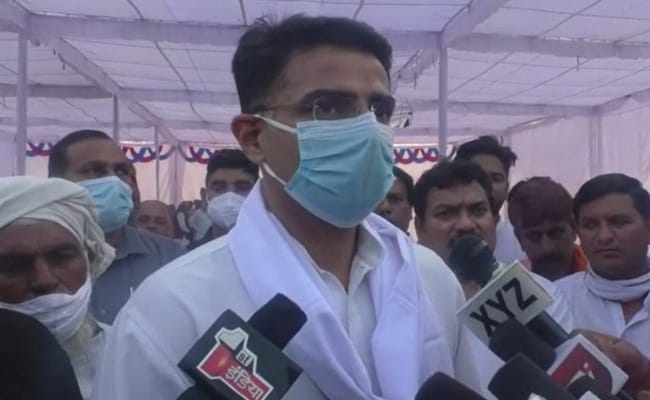 Sachin Pilot has had three meetings with all three Gandhis in the past weeks, say sources.

Congress leader Sachin Pilot has told Sonia Gandhi that he wants to be the Chief Minister of Rajasthan “without delay”, with more than a full year to the state elections, to ensure the party’s return to power, sources say.

If not, Sachin Pilot has reportedly told Sonia Gandhi and Priyanka Gandhi Vadra, Rajasthan may be lost in the same way as Punjab, where Charanjit Singh Channi’s eleventh-hour appointment as Chief Minister proved to be an epic fail in the election.

Sachin Pilot has had three meetings with all three Gandhis in the past weeks, say sources.

Elections are due in Rajasthan in December 2023. Mr Pilot, say sources, has warned his bosses that any delay in a change of guard will lead to a repeat of Punjab.

Two years ago, Mr Pilot had launched a revolt along with 18 MLAs, forcing Chief Minister Ashok Gehlot to sequester more than 100 MLAs at a resort. After weeks of sparring and tense negotiations, the Gandhis were able to persuade Mr Pilot to back down, with the promise of accommodating his supporters in the Gehlot cabinet.

But Ashok Gehlot, one of the Congress’s senior most leaders, has already proved he will do whatever it takes to stay in power. Sources say he enjoys the support of a majority of Congress MLAs and also has the confidence of Sonia Gandhi. “My resignation is always with Sonia Gandhi,” he told reporters on Sunday, while heading to a leadership meeting on election strategist Prashant Kishor.

To appease Mr Pilot, the Congress reportedly offered him a post like an All India Congress Committee General Secretary – Priyanka Gandhi Vadra is one – but he declined, saying he did not want to move out of Rajasthan and his core support.

The Congress leadership reportedly also offered to make him the chief of the Rajasthan Congress – a post Mr Pilot has already held – but he was firm. He was even asked to wait till 2023, lead the party in the next election and then become Chief Minister. Mr Pilot argued that he had been Rajasthan Congress president for five years, after which the Congress had won in 2018.

A decision on Sachin Pilot’s wish-list will be taken “based on the views of the people and MLAs”, top Congress leaders said.

For now, the Congress has put off a decision until after the “Chintan Shivir” or introspection meet on May 13-15 in Rajasthan’s Udaipur. The meet, one of the big steps announced by the Congress after its latest state election defeats, is expected to be an Ashok Gehlot show all the way.