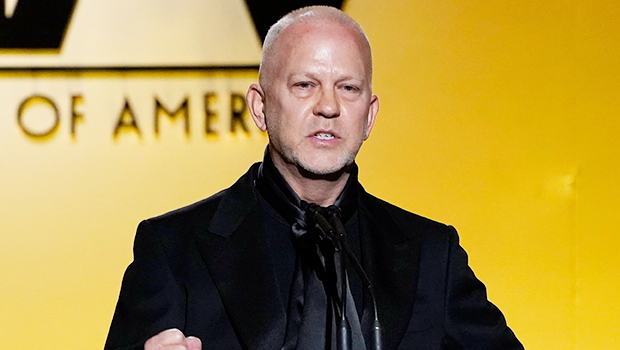 Ryan Murphy had a message for LGBTQ people everywhere while accepting the Carol Burnett award for TV excellence during the 2023 Golden Globes on Jan. 10. “It’s hard being an LGBTQ kid in America,” he reminded audiences while slamming places like Florida, where the “Don’t Say Gay” bill and other anti-LGBTQ legislation call home.

After a passionate intro from Billy Porter, Ryan took the stage. While grascious as can be, the American Horror Story star used his platform to pay tribute to some of Hollywood’s most talented LGBTQ actors. After thanking Billy, he gave Michaela Jaé Rodriguez, the star of Pose, the stand ovation she missed last year when the Globes were off the air. In 2021, she made history as the first trans person to win a Golden Globe.

Ryan then championed collaborators Niecy Nash-Betts, Matt Bomer, and Jeremy Pope for living their truths. Explaining why he works so hard to represent his LGBTQ peers on screen, he said, “When I was a young person at home in the ’70s watching The Carol Burnett Show, I never ever saw a person like me getting an award or even being a character on a TV show.” Reminding people of the stakes, he said, “It’s hard being an LGBTQ kid in America. In fact, all over the world, then and now. And I have one word for you, Florida.”

Turning back to his collaborators, Ryan told the audiences, “You are often told you will have to hide your light to survive. But for those kids watching, tonight I offer up MJ and Billy and Niecy and Matt and Jeremy as examples of possibility. My mission was to take the invisible, the unloved, and make them the heroes I long to see but never did in pop culture.”

Ryan has made quite the impact on the Golden Globes over the years. He won best drama in 2005 for Nip/Tuck, best comedy/musical series wins for Glee in 2010 and 2011, and won in the limited series, anthology category for 2017’s The People v. O.J. Simpson: American Crime Story and 2019’s The Assassination of Gianni Versace: American Crime Story. All in all, he’s earned 16 Golden Globe nominations.