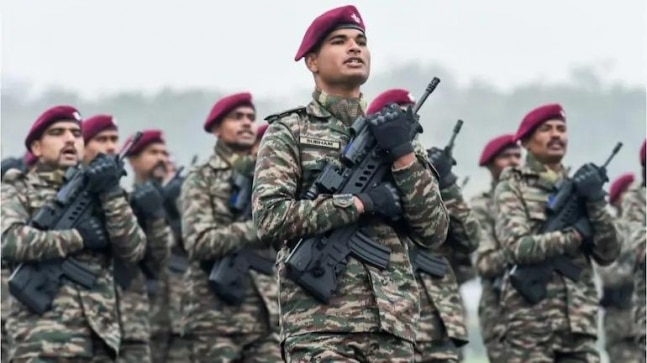 Issuing a clarification against a claim that caste and religion certificates are now being asked for Agniveer recruitment, the BJP said that there is no role of caste as far as the selection process is concerned, citing a 2013 Supreme Court affidavit.

AAP has said that there is a bid to create ‘Jaativeers’ using Agniveers. (File photo)

In yet another controversy surrounding the Agnipath Scheme, the Opposition parties said that the Bharatiya Janata party (BJP) is trying to create ‘Jaativeers’ using Agniveers as they claimed that caste and religion certificates are now being asked for Agniveer recruitment.

The Aam Aadmi Party (AAP) said that there is a bid to create Jaativeers using Agniveers. Meanwhile, the Rashtriya Janata Dal (RJD) claimed that there is an RSS inspired caste bias ingrained in Agniveer.

Denying the allegations, BJP hit back and said, “This has been the norm ever since. The hiring process has not been changed.”

The national spokesperson of BJP, Sambit Patra said, “In 2013, the Indian Army had submitted an affidavit in the Supreme Court stating that there is no role of caste as far as the selection process is concerned, however, there is a column for caste that is required to be filled during the recruitment process as it is an administrative or operative requirement.”

The Indian Army too clarified and said no change has been made to the Army recruitment policy for Agniveer and caste and religion columns were being used since the inception.

“The requirement for aspirants to submit caste certificates and if required, religion certificates have always been there. There has not been any change to the Agniveer recruitment scheme in this regard,” Indian Army officials said.

“Religion is also required for performing last rites as per religious rituals for recruits who die during training and soldiers who die in harness,” the Army officials added.