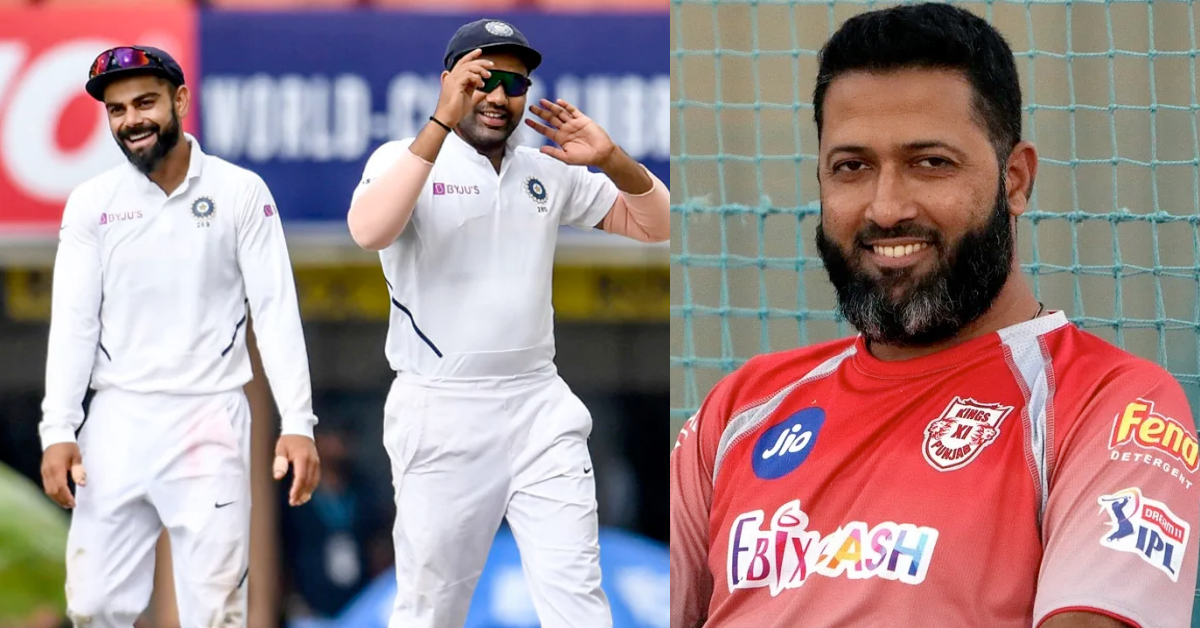 Former India opener Wasim Jaffer has claimed that Rohit Sharma can leave behind Virat Kohli in terms of captaincy in Test matches. Sharma, who was named the India Test captain after Kohli called it quits after the South Africa tour, white-washed Sri Lanka 2-0 in the recent series to begin his tenure on an auspicious note.

On the other hand, Kohli remains the most successful Indian Test captain, having won 40 out of his 68 Tests with a staggering win percentage of 59. He had taken over from MS Dhoni in 2014-15 when the keeper-batter retired in the middle of the four-Test series in Australia that season.

Jaffer is of the opinion that Rohit is the right heir to Kohli, being a shrewd tactician himself. India has begun well in Test cricket under Rohit’s captaincy, with a 2-0 series win against Sri Lanka.

Speaking to ESPNCricinfo, here’s what Wasim Jaffer had to say about Rohit Sharma’s captaincy: “Rohit Sharma can become a better Test captain than Virat Kohli. Don’t know how many Tests he will captain, but tactically I feel he is one of the best captains and we are seeing the results of how they have whitewashed each series. It feels like the captaincy has come in the hands of the right captain.”

Qualifying For WTC Final Shouldn’t Be A Problem: Wasim Jaffer

India moved up to the fourth spot in the ICC World Test Championship 2023 points table after defeating Sri Lanka 2-0 in the series. Although the series loss against South Africa has affected their position in the table, Jaffer feels India can still easily qualify for the WTC final.

India lost to South Africa 1-2, and then defeated New Zealand at home 1-0. India still has one more Test to go against England and then a series against Bangladesh to go.

Jaffer said: “We aren’t going to play a lot of Tests. There is one Test against England then in Bangladesh so there are lots of breaks.

“However, if all players are fit and if we play consistently as Australia is going to come later, then I don’t think it (qualifying for WTC Final) should be a problem.”

India is 2-1 up in the five-match Test series against England that was halted last year. Due to a COVID-19 scare in the Indian camp, the fifth match was postponed and later got rescheduled for July this year.

Also Read: IPL 2022: Rajasthan Royals Unveil Their Jersey For The 15th Edition Of The Tournament