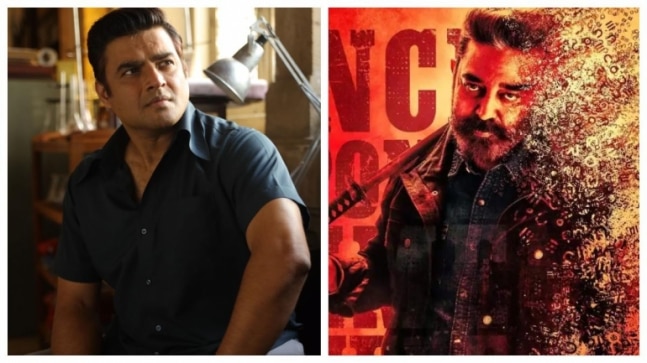 Six months of 2022 have passed. Yes, time just flew by and with so many films setting the box office on fire, July is looking good for cinephiles. Kamal Haasan’s Vikram, Madhavan’s Rocketry: The Nambi Effect, and Modern Love: Hyderabad are some of the promising films and shows that are lined up for grand release in July. We have prepared a list of films and shows from Tamil, Telugu, Malayalam and Kannada that you can watch in theatres and on OTT platforms in July.

What to watch: Vikram

Where to watch: Disney+ Hotstar

When to watch: July 8

Directed by Lokesh Kanagraj, Vikram features Kamal Haasan, Vijay Sethupathi and Fahadh Faasil in lead roles. The film, which hit the theatres on June 3, has grossed over Rs 400 crore at the box office worldwide. The action thriller received an overwhelming response from critics and the audience alike.

What to watch: Virata Parvam

When to watch: July 1

Director Venu Udugula’s Virata Parvam starring Rana Daggubati and Sai Pallavi was released in theatres on June 17. The film is based on true events set in the Telangana region amidst the Naxalite movement.

What to watch: Anya’s Tutorial

Where to watch: aha

When to watch: July 1

Anya’s Tutorial is a horror web series starring Regina Cassandra and Nivedithaa Satish in lead roles. The two actors uncover the truth behind the mysterious and supernatural events that are happening in their lives.

What to watch: Ante Sundaraniki

When to watch: July 8

Nani and Nazriya Nazim’s Ante Sundaraniki is a romantic comedy directed by Vivek Athreya. The film talks about inter-religious marriage and also touches upon important topics such as pre-marital pregnancy and fertility issues.

What to watch: Modern Love: Hyderabad

Where to watch: Amazon Prime Video

When to watch July 8

Inspired by the famous New York Times column, Modern Love: Hyderabad is a six-episode anthology that talks about love. While Nagesh Kukunoor has directed three episodes, Uday Gurrala, Devika Bahudhanam and Venkatesh Prasad have directed one episode each.

Rocketry: The Nambi Effect marks the directorial debut of R Madhavan. The film follows the story of ISRO scientist Nambi Narayanan, who was falsely accused of espionage. The film will hit the theatres on July 1.

Director Hari is back with yet another commercial entertainer. The film features Arun Vijay, Priya Bhavani Shankar and Ramachandra Raju in lead roles. The film will clash with Rocketry in theatres on July 1.

Director Maruthi’s Pakka Commercial is a courtroom action-comedy, which is all set to hit the theatres on July 1. The film features Gopichand and Raashi Khanna in lead roles. Sathyaraj, Rao Ramesh and Anasuya Bharadwaj will be seen in supporting roles.

Iravin Nizhal is a film written, co-edited, directed and produced by R Parthiban. The film, which will release on July 15, is about a 50-year-old man who looks back on his life.